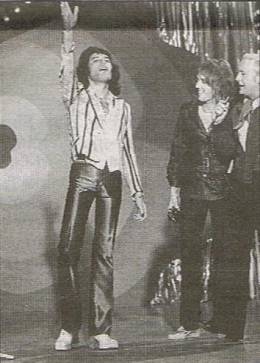 Danny Haegeman says: I was there in 1975. The group was present but didn't play. They gave as reason that it took too much time to set up their instruments. (It was a a playback TV show as there was no place for a proper stage but Queen didn't want to do that). Mike Verdrengh was the presenter and he can be seen in the right part of the picture (next to Roger).

The fans were invited to a shoot of the band's new video - We Are The Champions. After the shoot (there were four mimed performances of this song) the band came back to the stage and performed a short impromptu set as a thank-you. Needless to say the setlist was very unusual. An audio recording of the whole shoot exists and despite its quite a bad quality it's an interesting "insight" into the making of one of Queen videoclips.

Freddie had really bad problems with his voice that night.

Most of top artists of that time were present at this mega-famous festival and Queen of course had to be there. Each artist got from ten to twenty minutes for their show; no playback or soundcheck were allowed. Queen hesitated because playing without a soundcheck is always a risk. But then they accepted the rules and their 20 minutes of fame came on at 18:44 GMT.

Queen were on top form and not only according to Bob Geldof and Elton John, they stole the show. They played only the intro to BoRhap (the opera part couldn't be played from the tape as playback was forbidden & there wasn't enough time anyway). Instead of the opera part, Radio Ga Ga followed. We Will Rock You was reduced to the first verse (and the final guitar solo) only. Is This The World We Created was performed by Freddie and Brian only later in the evening. 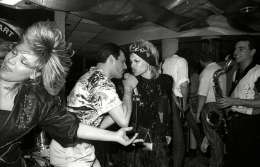 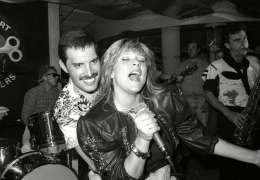 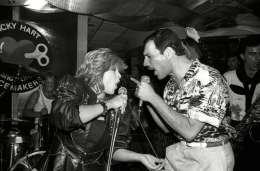 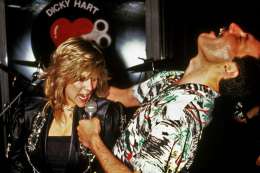 This was a short private impromptu performance with Samantha Fox and Gary Glitter. Queen were "billed" as 'Dicky Hart And The Pacemakers' that night. Does anybody have any idea about the exact setlist?