The Golders Green show was recorded and broadcasted by BBC. It's been bootlegged many times but never in complete form. Six tracks are widely available (Procession, Father To Son, Son And Daughter, See What A Fool I've Been, Ogre Battle and Liar), the rock'n'roll medley (Jailhouse Rock, Stupid Cupid, Be Bop A Lula) leaked in spring 2002 and the rest (Big Spender, Bama Lama Bama Lou) is in the BBC archives (= available but not widely spread).

Stone Cold Crazy was also in the setlist these early days. You may wonder how is it possible? This track was properly released in 1974 but Queen played a slightly different version of this song even much earlier. It is said to be a "slower" version but it's hard to prove that, as far as I know, NO recording of this rare live gem exists.

A few interesting bits and pieces appear in an interview done by the band for the Sounds magazine in December 1973. John says the band really enjoyed the gigs in Newcastle, Glasgow or Bournemouth. Also the band placed a lot of emphasis on America but they didn't "want to go out there too soon and blow it". And perhaps the most interesting part is when they say: "We've been thinking a lot about getting in a keyboard. We may get another guy in. It would thicken the sound up. It's a bit limited with only 3 instruments on stage, but we don't want to make it a 5-piece." 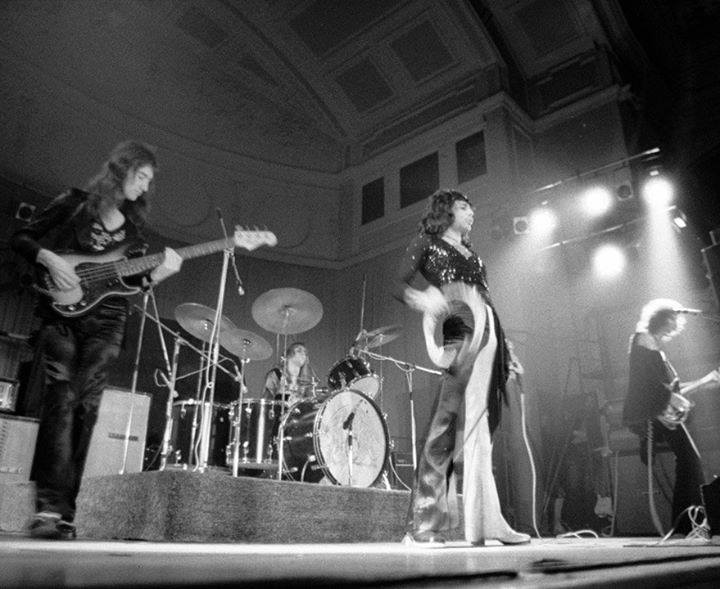