The Queen world is full of fraudsters and fakes. Be careful!

Blacklists are always controversial. One collector may have a good experience while another one may feel that he has been cheated. Over the 25+ years of collecting I've come across many fakes and many fraudsters and there's no way how to list all of them (and also I'm getting older and I have no intentions to be dragged into neverending battles and discussions). But this way I would at least like to warn potential buyers of three types of fakes of Queen memorabilia.

I have come across two major fraudsters who have been producing fakes of early Queen or Smile tickets (mainly from the 1969-1974 period). Unfortunately many experienced collectors have been cheated (me included), luckily one of these two fraudsters was afraid of consequences and issued a refund.

The two most active fraudsters are Giorgio Bacci aka Marco B. (aka seller newyork-nyc on ebay) from New York/Seattle and David Cartars from the UK. Both of them specialize in early (= expensive) Queen memorabilia. The first fraudster was selling mostly Smile memorabilia on ebay, David Cartars was selling mostly 1973-1974 Queen tickets to Queen collectors. In both cases I had their ticket stubs in my hands, I scanned them in high resolution and consulted the images with experts on printing. It was more than obvious that the tickets were printed recently. The first fraudster refunded the buyers and doesn't seem to be active anymore. David Cartars has refused his guilt and sadly his tickets still are in collections of some experienced collectors.

Samples of fakes by Giorgio Bacci aka Marco B. 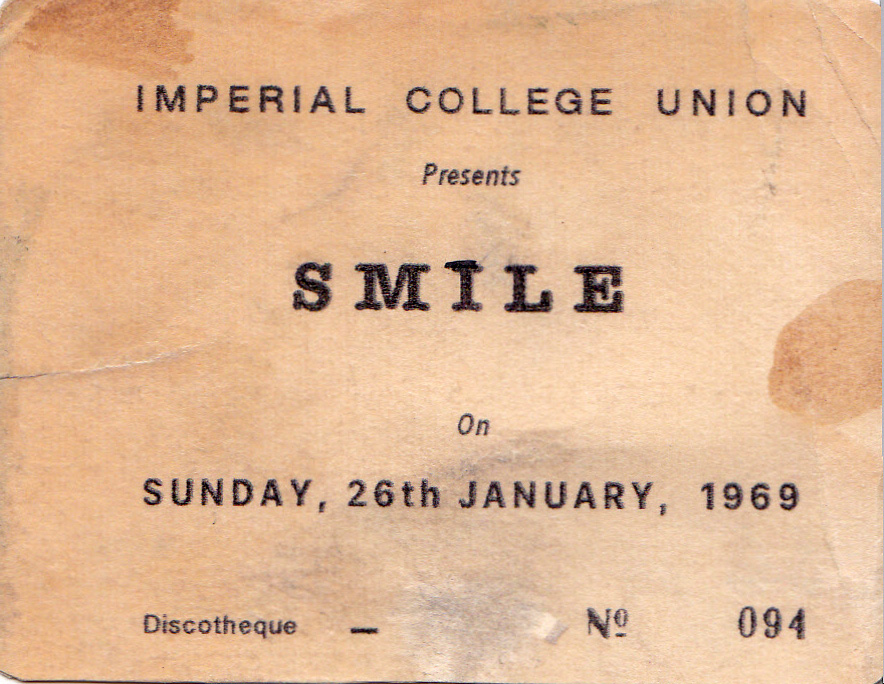 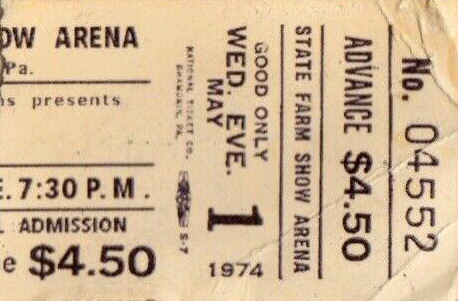 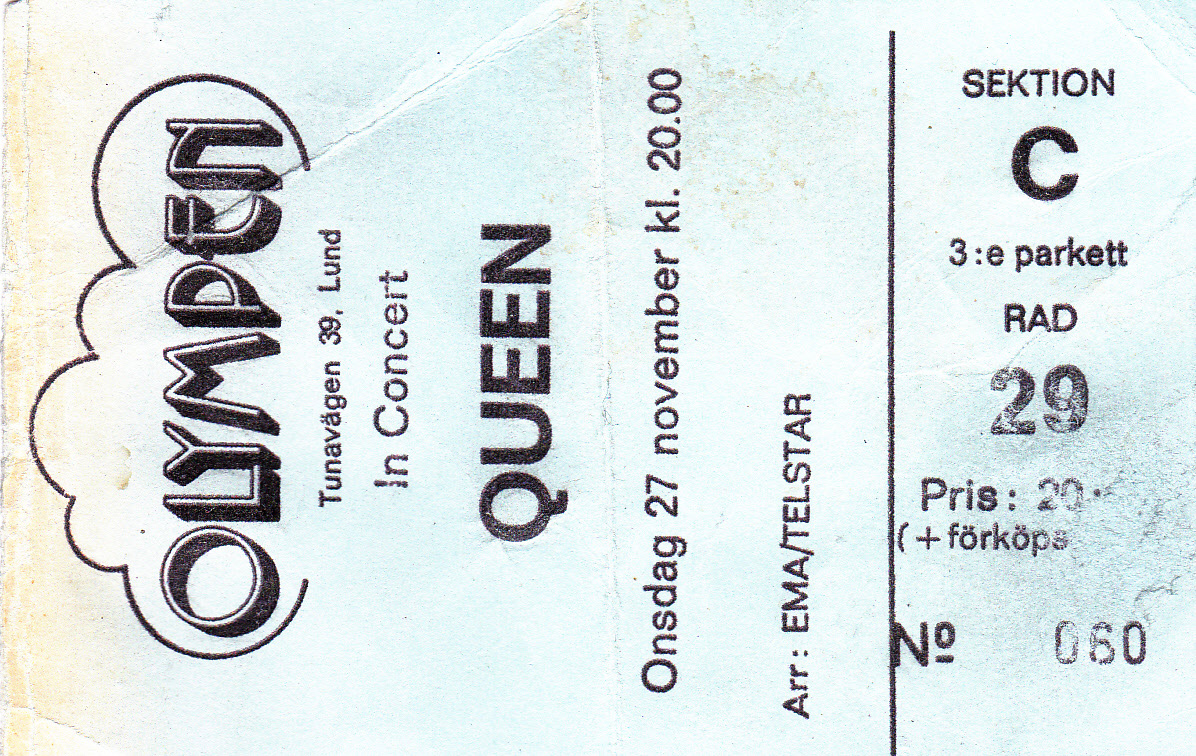 Samples of fakes by David Cartars 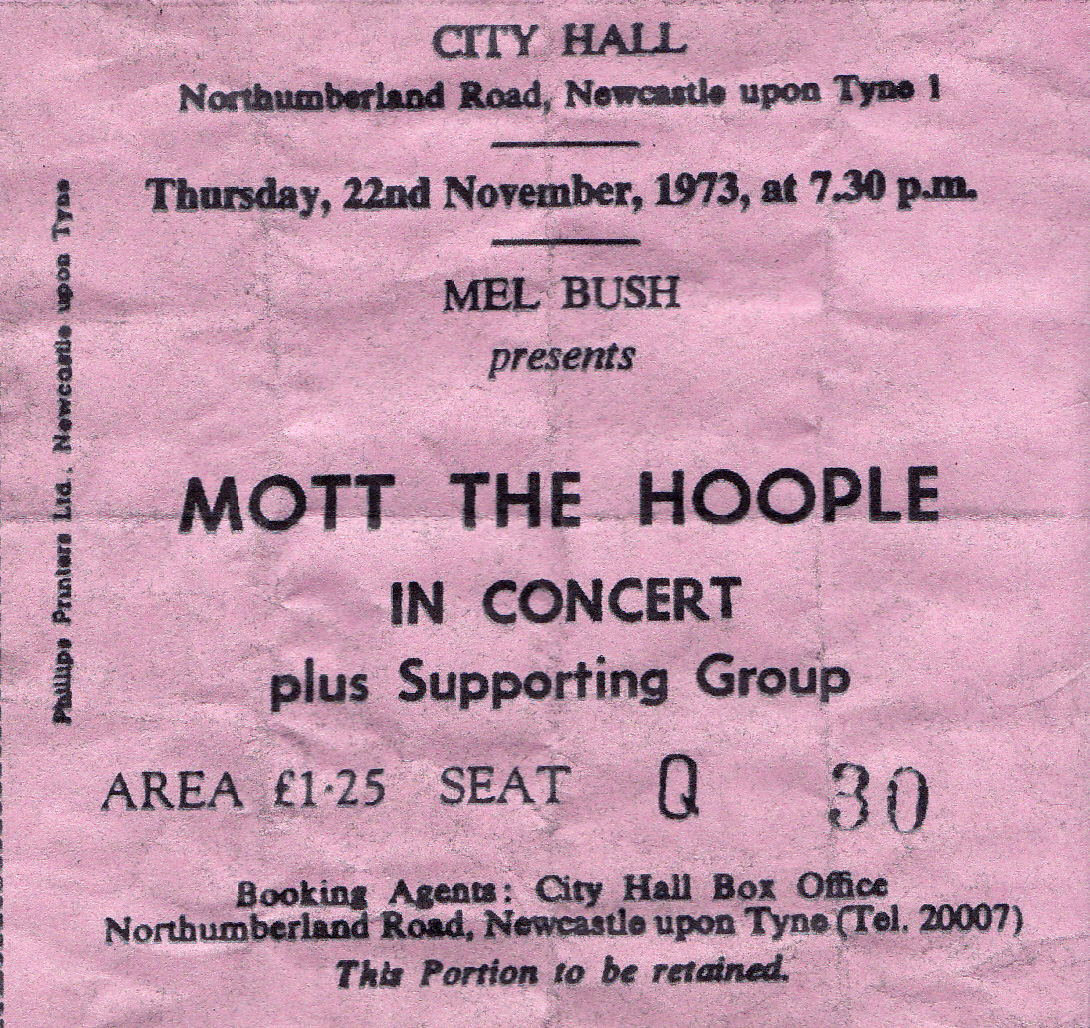 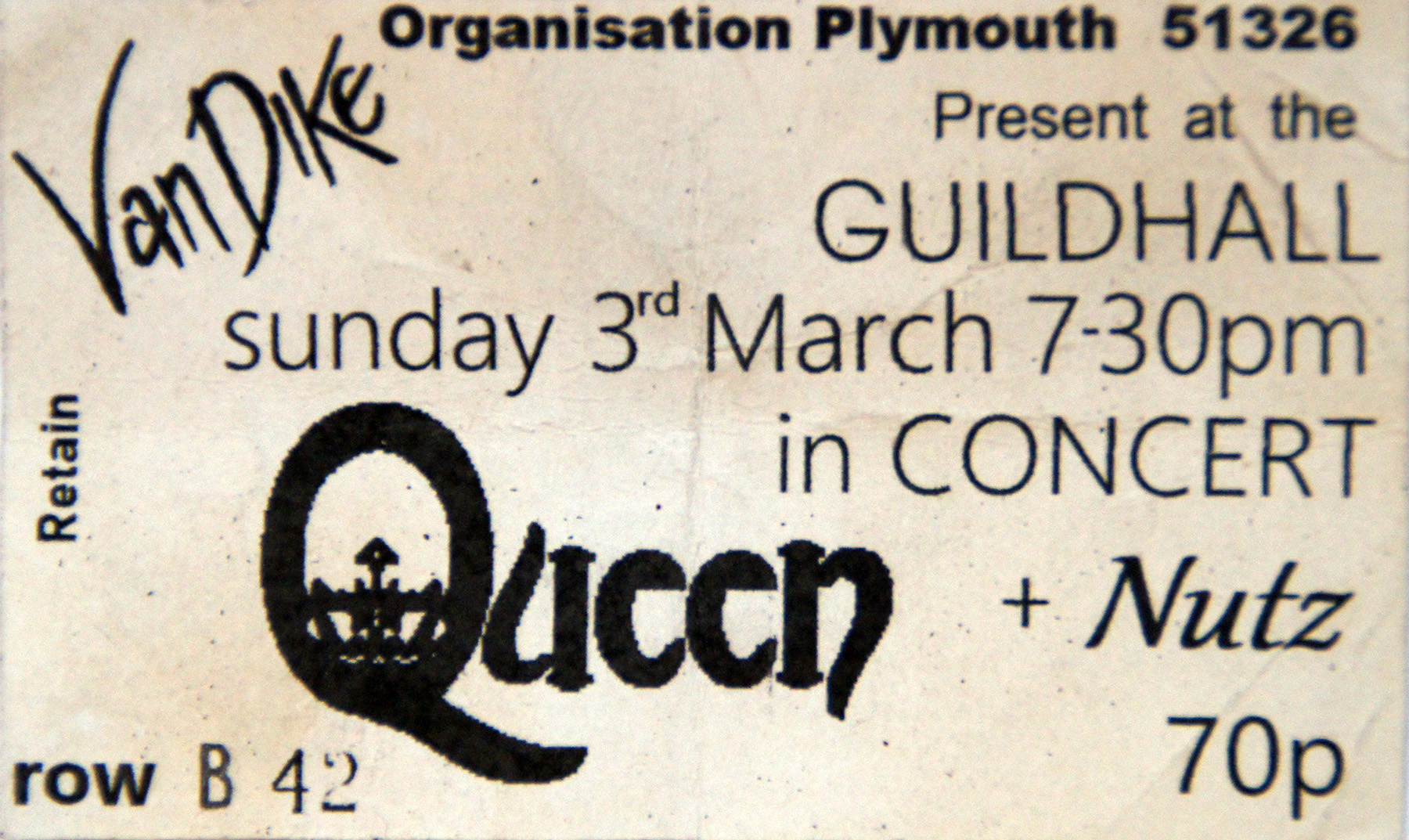 These are also work of David Cartars from the UK, possibly the most active fraudster of early Queen memorabilia at the moment. Again, I had these flyers in my own hands, took high resolutions scans of them and was able to recognize the work of a modern inkjet printer. Avoid! The most controversial thing ever - because technically you can't PROVE that something is genuine or something is fake. However, luckily most of the fakes are so poor and obvious - and also with the help of the internet and thousands and thousands of images quite a few experienced collectors (me included) are able to tell what is or isn't real. 99% of autographs on ebay are fake but most of them are luckily quite bad. But in some cases everything seems to be fine and you have no suspicion at first...

Recent events have forced me to remind you something important. Roughly between years 1983 and 1991 the Queen fan club was sending fake signed items to fans (with the obvious knowledge of the band). Thousands of people have sent in items asking for Queen autographs and ALL of them have received their item with ugly (truly horrible looking) fake autographs. This "service" was free and every major band does that so that is NOT an issue. The problem is that the owners are now selling these items as genuine, beginners among buyers are paying thousands for this crap and experts who have discovered this scam more than two decades ago are being blacklisted, blocked and trashtalked by the fan club representatives, followers or members. If you have two eyes and an IQ higher than 70 please look at the sample photos below and judge for yourself. I'm already sick of all the lies. Hint: look at Brian's beautiful "B", John's symmetrical "ohn" or Freddie's final "y" or his typical "dd". 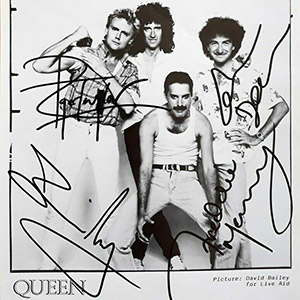 I have been following this company for two decades, they were very active on eBay before they launched their own site. They have sold literally thousands of fakes of Queen autographs and made millions of dollars in this dirty business. 99% of their goods is fake and sometimes they throw in one or two (extremely overpriced) genuine items to make the whole content look legitimate. The owner (Jason Cullen) got quite experienced and the quality of the fakes is relatively high - they focus mainly on Brian's autographs.

Two or three years ago we came across fakes of the famous Complete Works autographs. They were distributed by an Italian collector Riccardo D'arrigo (known as riccardo4209 on ebay). He is even running his own Queen group on Facebook where he tried to sell his fakes. When we pointed out that they were obvious fakes he immediately blocked us - and his friends Rick, Heinz-Peter (+ their fake FB aliases) supported him immediately by showing some poor ebay fakes claiming they got them personally (trying to "prove" that an obvious fake is in fact real). Normally I would ignore such people but in this case it was obvious that they had some kind of alliance and various FB profiles immediately supported the seller whenever somebody marked his Complete Works as fake. So be careful whenever you come across signed Complete Works, this collector is quite an experienced forger. This first attempt looks bad but you can see that his Innuendo autographs are already better. This couple sold me several clearly genuine autographed items for £2000+ but never sent anything. Many more buyers were involved in this scam, their ebay account has been suspended and police investigation followed. Luckily I managed to get my money back relatively quickly after I threatened them to contact their relatives and tell them the whole story.

Steve Plant and Amanda Plant were selling fake reprints of Roger Taylor's 2021 Outside tour posters (they were also active on ebay as steviesixx-5 or stevemandy). I have purchased three, received only one and it was a really bad reprint. They have blocked me so I cannot contact them anymore - they owe me £150. Other collectors have had the same problems, most of them haven't received anything at all. Steve's ebay account is inactive now and they have both changed their names on social networks several times. We're now uniting forces to fight against these bastards and a report to local police has been filled.

Just one of the touts who buys Berlin tickets and resells them at high prices... which I don't care about but he did not send the purchased tickets in time (we agreed on Friday - a week before the concert - but he did not send it until Tuesday late afternoon which means it did not arrive in time for the Friday concert). I lost 400 EUR and a refund was impossible because in general communication with him was incredibly difficult... so beware, do NOT buy from this guy, he's a lazy bastard and you will not get what you paid for. (Sadly he refused a Paypal payment and insisted on bank transfer... I think it's obvious why, there's no buyer's protection, not a chance for a refund...). Anyway, lesson learned...