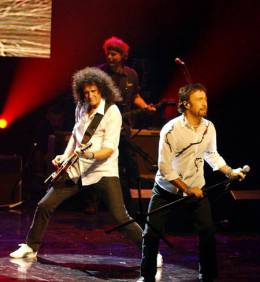 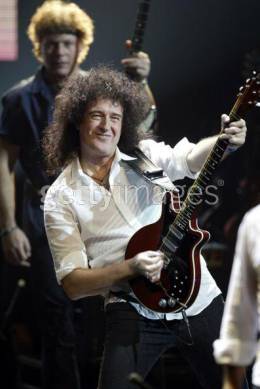 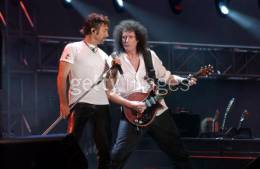 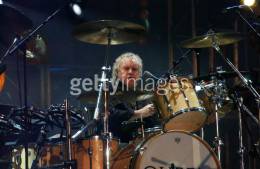 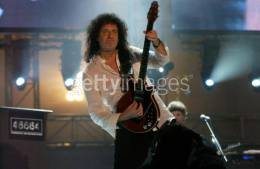 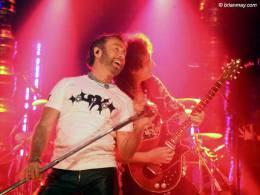 Only C-lebrity and All Right Now were broadcasted. WWRY was played afterwards (as a special bonus for the audience I think), stories about BoRhap are not true (that was just Al's joke; the band played just the final few chords) and also there was this short improvised sketch with Brian, Roger and Paul on backing vocals.

01. C-lebrity
02. Bohemian Rhapsody (the final chords only)
03. All Right Now
04. We Will Rock You
05. Football Was Our Idea (a short improvised song by Al Murray with Brian on unplugged guitar and Roger and Paul on backing vocals)

Most songs were slightly different to the concert versions, for example WWRY had just one verse, TYMD had a shortened ending.