The tour was full of small changes in the setlist - which depended mostly on the condition of Paul's voice. So this is an approximate setlist that was typical for most gigs in the middle of the tour.

The first song of the concert was Eminem's Lose Yourself from the tape although most recordings also include It's A Beautiful Day [remix] or Track 13 - these were the last songs played from tape before the actual concerts. Fat Bottomed Girls included a short riff from White Man, Brian's guitar solo included a VERY loud and painful part of Chinese Torture. After Paul's throat problems occurred for the first time, A Little Bit Of Love and Feel Like Makin' Love were dropped off the setlist (the latter one returned back after some time) and Seagull was replaced by Say It's Not True. Depending on Paul's voice condition, vocals in two songs were shared by different people: Hammer To Fall was either sung by (1.) Brian (slow) and Paul (fast) or (2.) Brian (slow) and Roger (fast) or (3.) Brian (1st verse) and Paul (2nd verse and fast) and I Want It All was sung by Brian or Paul. Some more interesting facts: part of I Want To Break Free was mostly sung by the audience, Say It's Not True and I'm In Love With My Car were sung by Roger, Brian of course sang '39 (one or two verses) and Love Of My Life. Radio Ga Ga was sung by Roger (first part) and Paul (finale), in one chorus they shared the vocals together. Bohemian Rhapsody was a virtual duet of Freddie (the balladic part and the very end) and Paul (the rock part).

The Sheffield gig was filmed and released on a DVD in October 2005. The Hyde Park gig was originally scheduled for July 8 but due to terrorist attacks in London (July 7) rescheduled to July 15.

The Japanese dates finally brought a "rolling" setlist with a couple of surprises - an acoustic version of I Was Born To Love You or the return of Brian's Long Away were certainly welcomed very well! 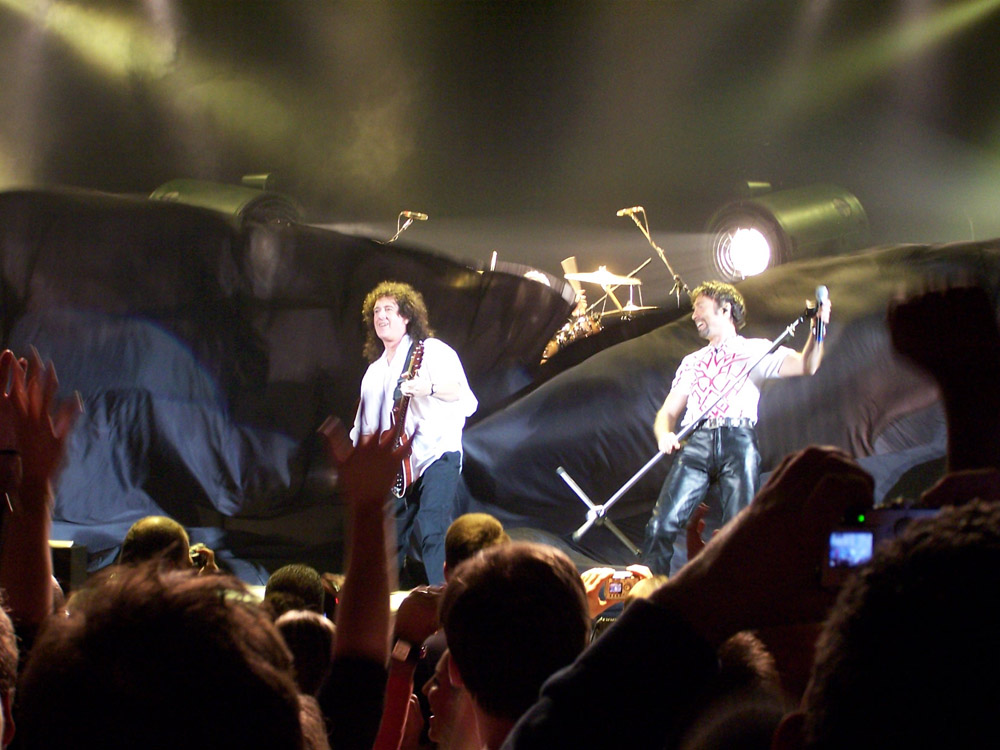