For this relatively short but very successful European tour, there were several changes in the equipment, reflecting updates in their keyboards due to more advanced technology. A lot of instruments were retired after this tour, including Freddie's piano, which was then restored by Steinway (the company) in 1994 and is now at Brian's flat in Surrey. His guitar (the blonde Telecaster) was apparently stolen from the warehouse at some point after Freddie's death.

John had his 1968 bass sprayed black for this tour. He was, reportedly, having some problems in his personal life, and his mood sometimes drove him to throw his bass in frustration, which prompted him to use the red back-up on several concerts including Leiden and the very last Queen concert (Knebworth Park, 9th August), on which he threw it again at the end of Radio Ga Ga but he didn't seem to cause any big damage to it as he still had it for the second encore. For this tour, both Under Pressure and Another One Bites the Dust were played on the same bass as the rest of the set, he didn't switch for those anymore.

Brian played synth for the first half of Who Wants to Live Forever. The last time he played the Crazy Little Thing Called Love solo on the Telecaster was in Spain, as for the next concert (Knebworth Park) he had problems with it and swiftly changed to the Red Special. After Freddie died, Brian would always play the solo on the guitar he made with his father, or a replica of it (the guitar, not his father), which possibly suggests that it'd been Freddie's decision that Brian used the Tele on stage... or not, maybe it's just coincidence. 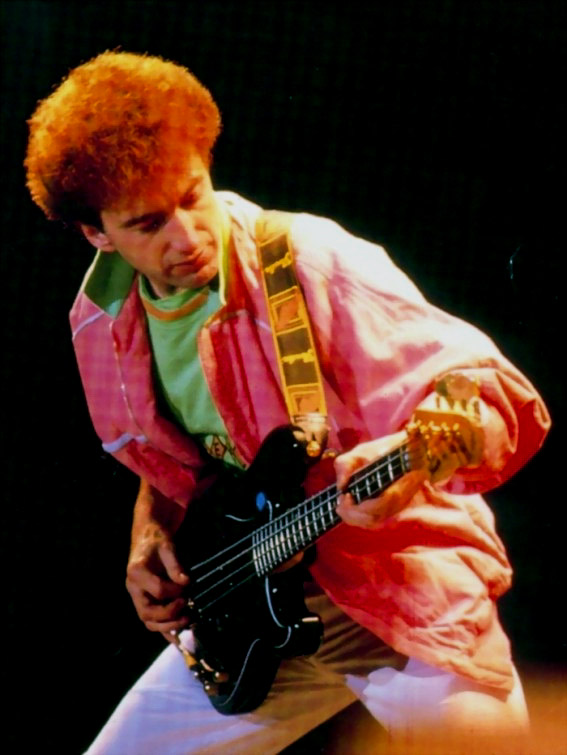 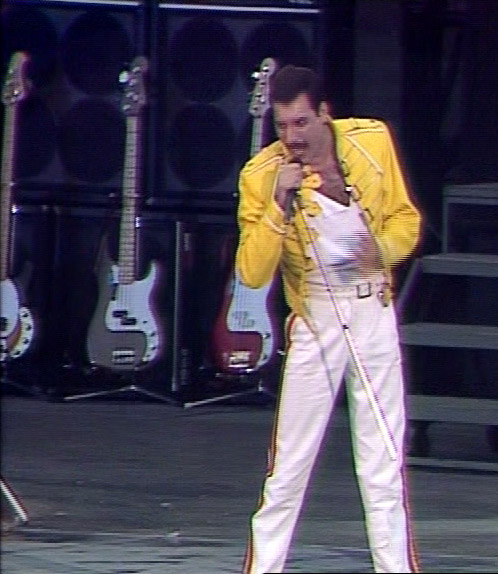 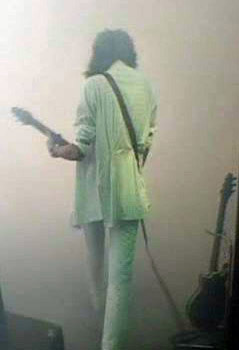 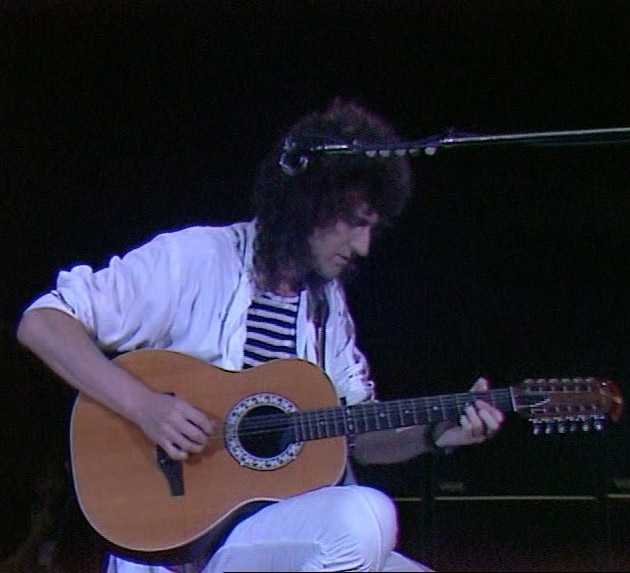 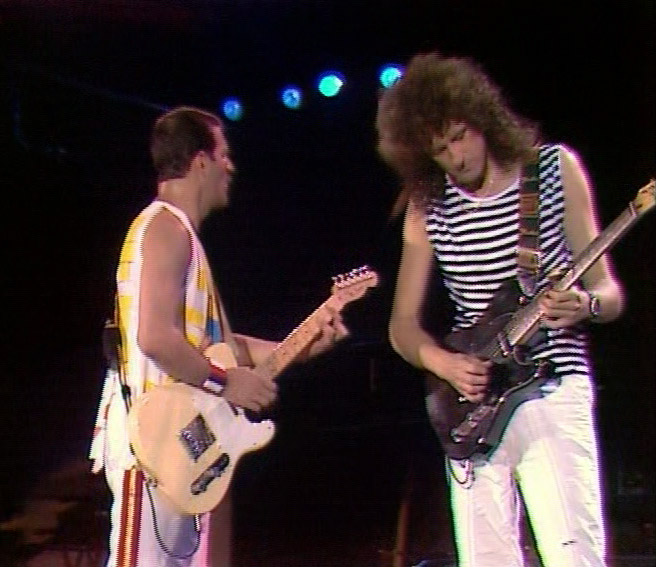 Acoustic guitar [Love of My Life] 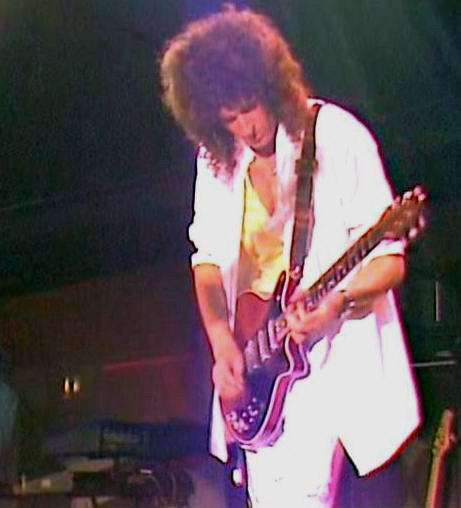