The basic equipment details were probably the same as on 1980/1981, with the obvious additions and slight variations. For this tour, there was a supporting keyboard player (Morgan Fisher in Europe and Fred Mandel elsewhere), which together with the new songs added resulted on three different people playing guitar on each concert (Brian, John and Freddie) as well as three different people playing piano (Freddie, Brian and either Morgan or Fred), a unique occurrence in Queen history. Roger also got a new kit - in chrome finish.

For the North American leg, a Gibson Flying V was added as second spare guitar, which was a wise choice as on 9th August 1982 Brian had a rough night and was uncharacteristically upset and aggressive: after breaking a string on the Red Special, he started playing the Brighton Rock solo with the Birch replica, but got so frustrated with it that he threw it away, and it was smashed in two pieces; from then on, the Flying V would be his spare until the end of the tour.

Two Hot Space songs, Staying Power and Body Language, had the bass line played by Morgan or Fred (Mandel) on synthesiser. For the latter, John joined on second bass doing some reinforcement, and for the former, he played guitar alongside Brian. Brian played piano on Save Me and (Japan only) Teo Torriatte, but after this tour he'd never play acoustic piano on stage again (as of 2012, that is). 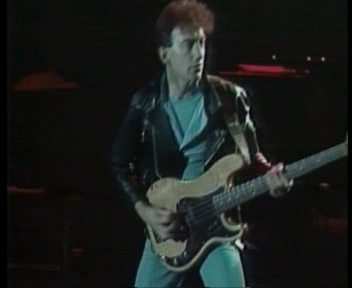 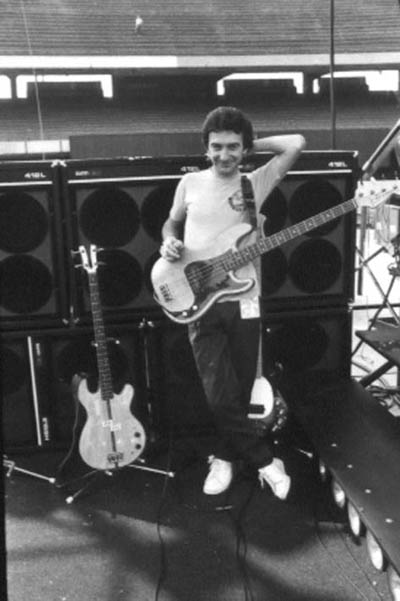 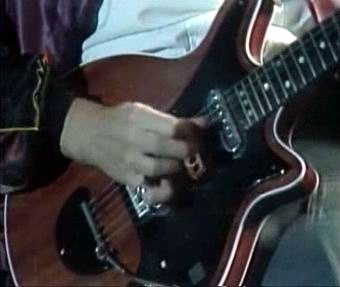 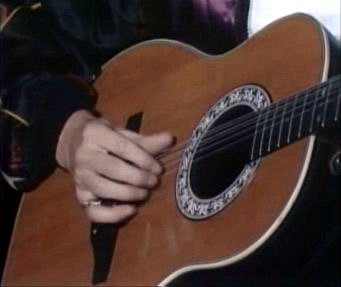 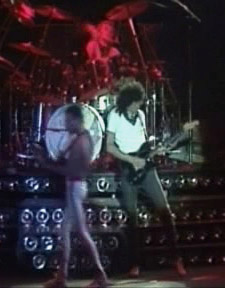 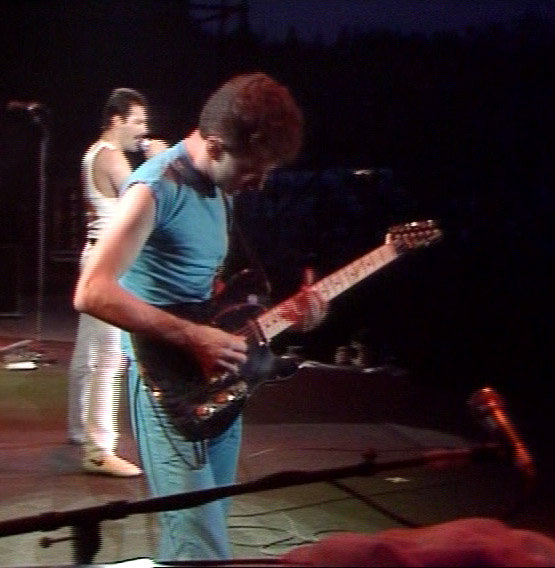