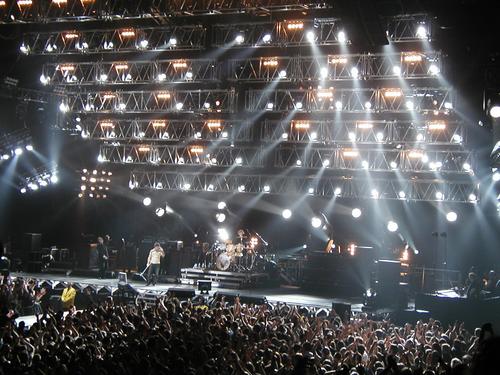 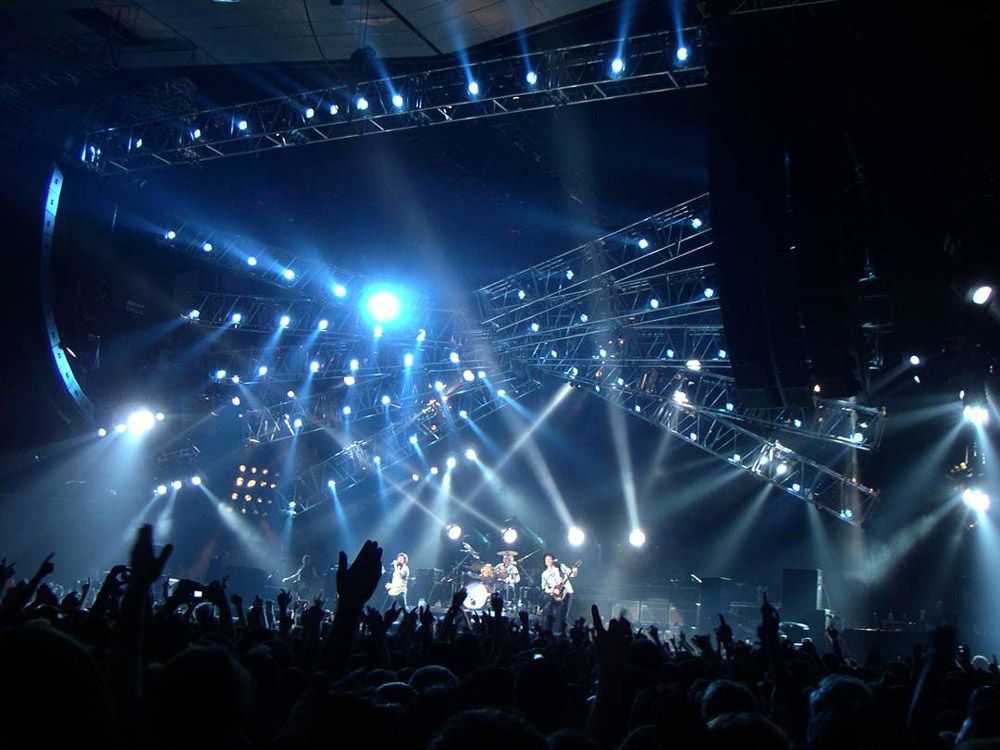 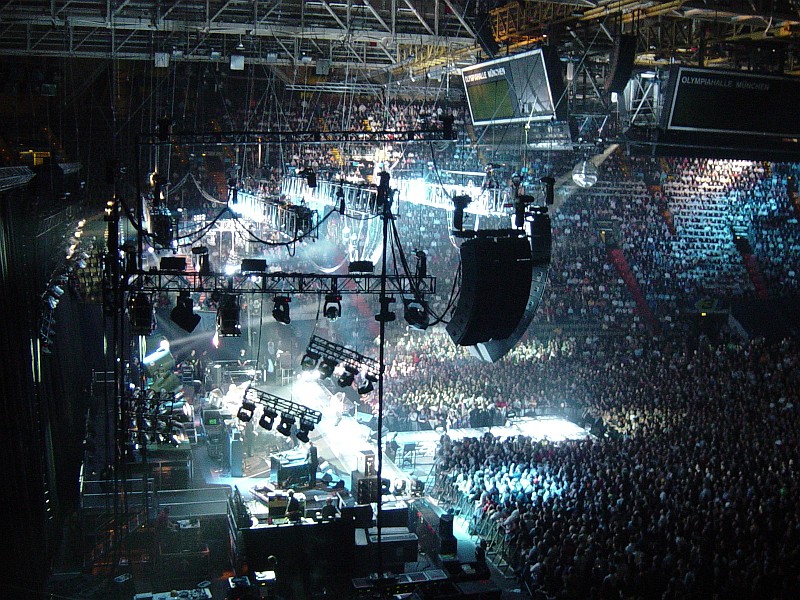 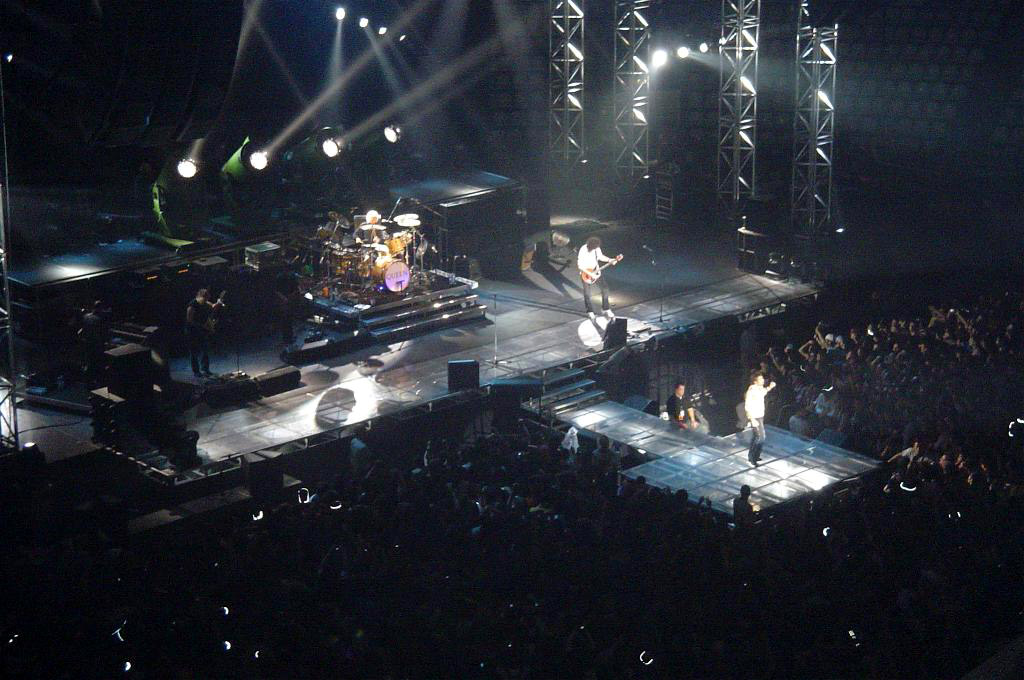 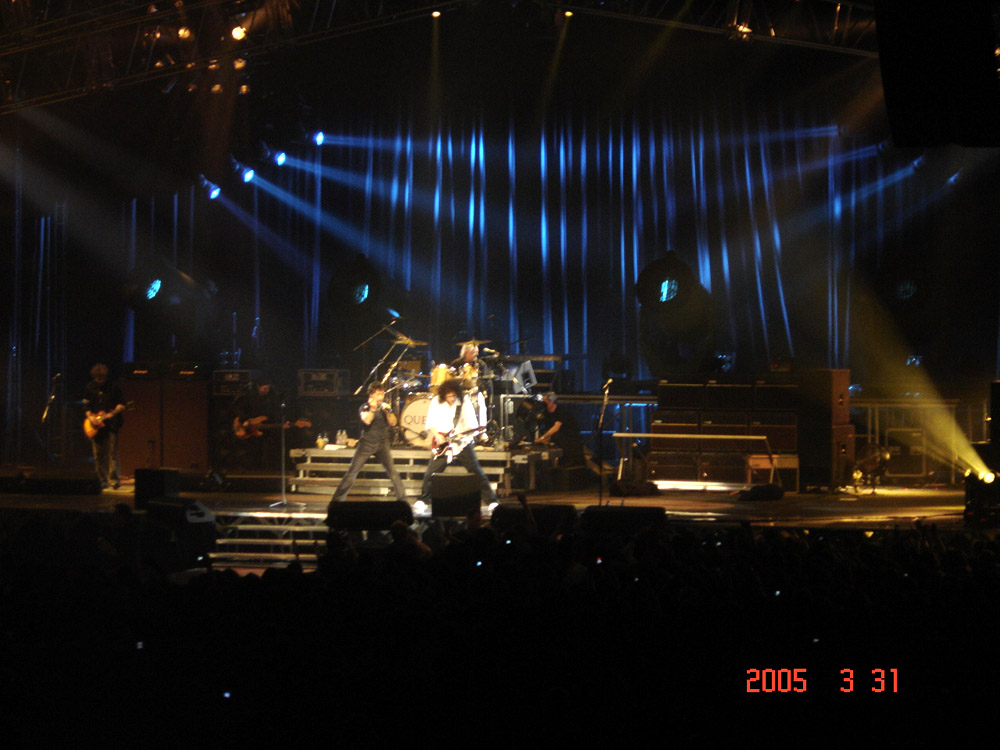 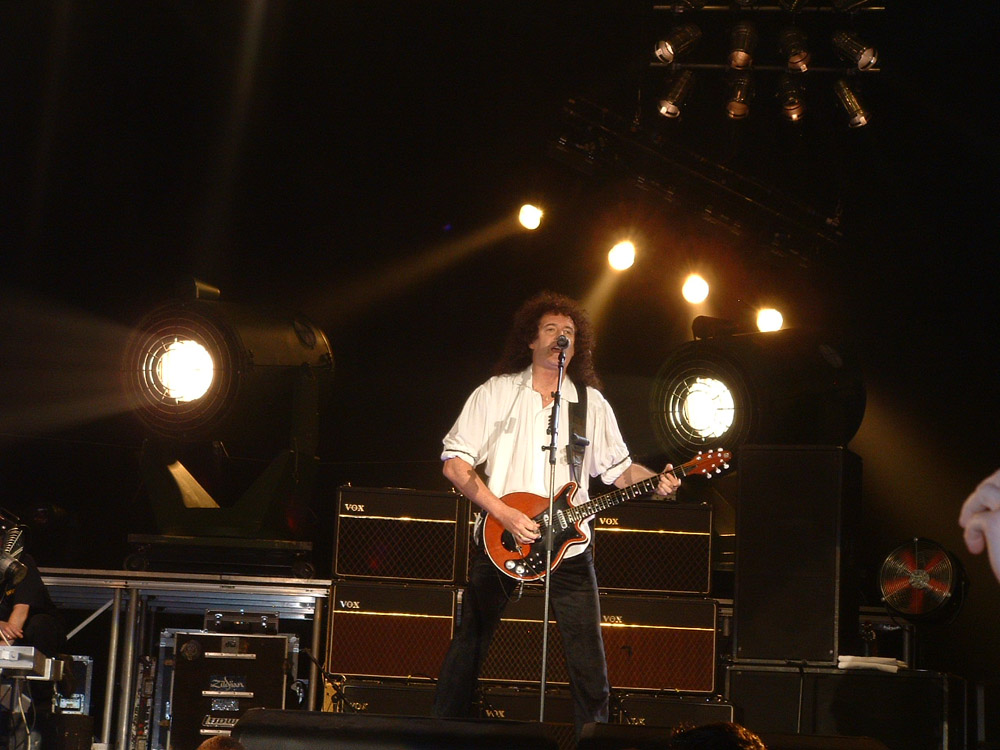 The article was written by Daniel Lammerding - his website.

The set was designed by Mark Fisher (designer for U2, AC/DC etc). The design includes a transparent stage. There's a 10x10 meters main truss (above the stage) which can be moved in all postions (as seen on the DVD). It also includes a 20 meter back truss (which can also be moving), a 20 meter front truss and 6 side trusses (3x left and 3x right).

The design includes 143 washlights (Martin Mac 2000 Wash) and 16 spotlights (Martin Mac 2000 Performance). The 16 spotlights where placed on the stage: 10 spotligts on some risers (stage elements) at the back of the stage, 6 spotlights where placed at the side on the stage (3x left, 3x right). Some washlight were also used under the stage. The others where used on the main and side trusses. The washlights on the main trusses were hung and cabelled and transported inside the trusses so that the local crew at the venue would only plug in power and DMX (lighting control signal). The washlights were also used on the side, back and front trusses.

They also used some of "old school" generic lighting (ACL's and Blinder). They used some custom made "moving heads" with 3000 Watt xenon light inside. The custom moving heads where operated by crew. On the back of the stage there was also a screen for projections during Brian's guitar solo and Bohemian Rhapsody.

The show was controlled by a HES Wholehog 2 with a Wing. Barry "Baz" Halpin was the light designer and operator.