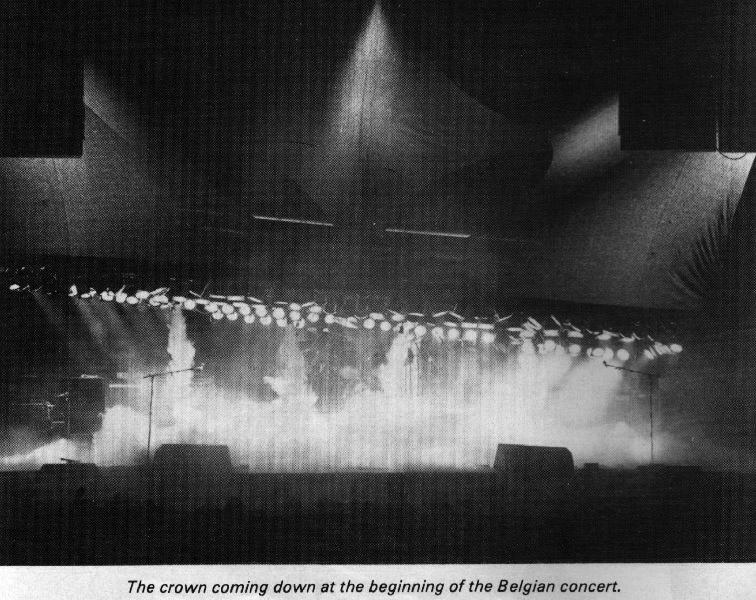 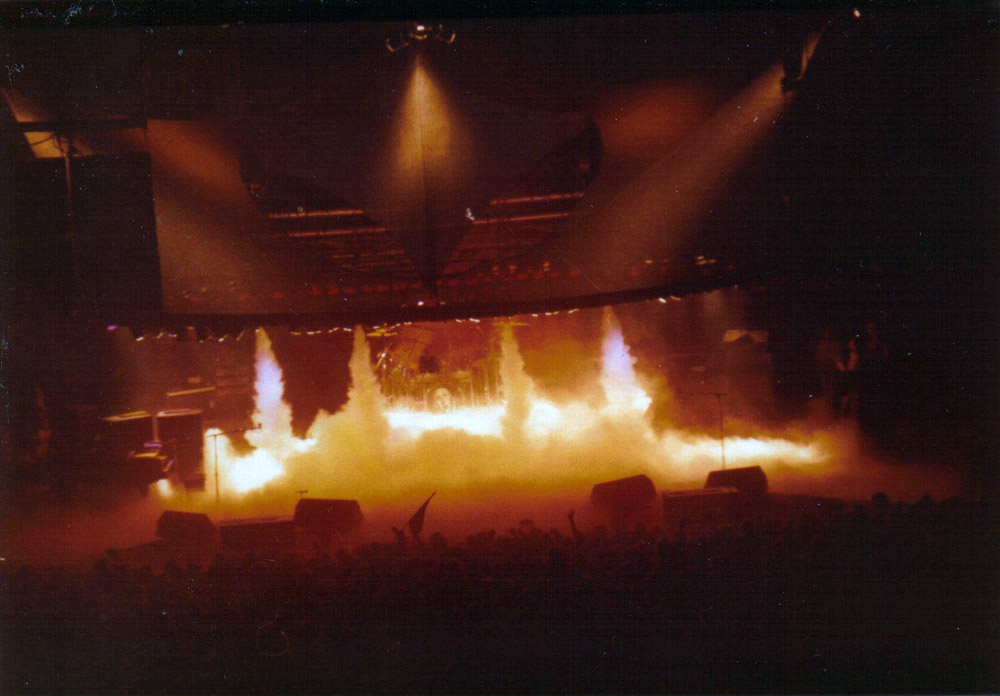 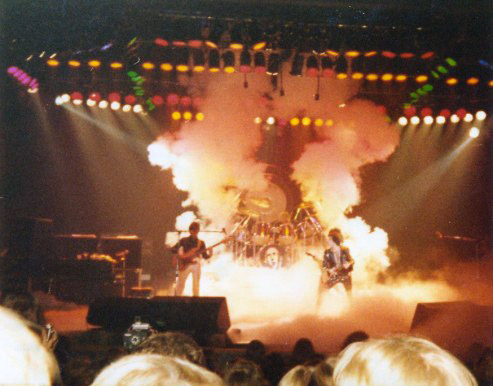 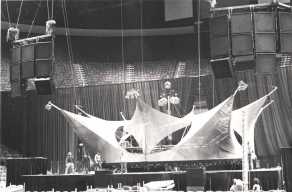 The rig for this current tour is practically a scaled down rig of the one in the Earls Court shows in June 1977. The Crown was built in Boston, Massachusetts, USA. There are no hanging columns of pairs like in the previous rigs. There are single rows of lights that run along the truss of the underside of the rig as shown. The rig is circular truss that is lined with lights; There is an enormous fabric that is stretched vertically on top that is shaped to make it resemble a Crown. At the points of the Crown are strategically placed lights to illuminate the fabric during the show as shown. The rig ascends at the start of the show reavealing the stage and descends concealing the stage at the end of the show.

The Crown was 52 feet wide and had an inner circular structure which concealed the lighting rig. This was then sold onto ELO where it formed the top half of their 'UFO' stage set for the Out of the Blue tour. The top of this rig split away from the bottom (the top was raised up by hoists) to reveal the band inside.