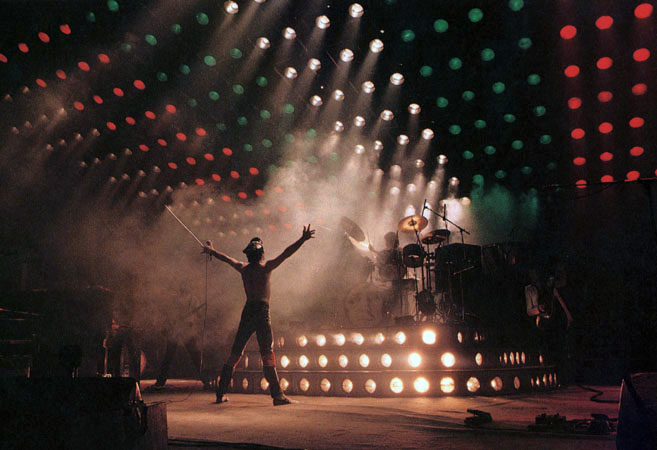 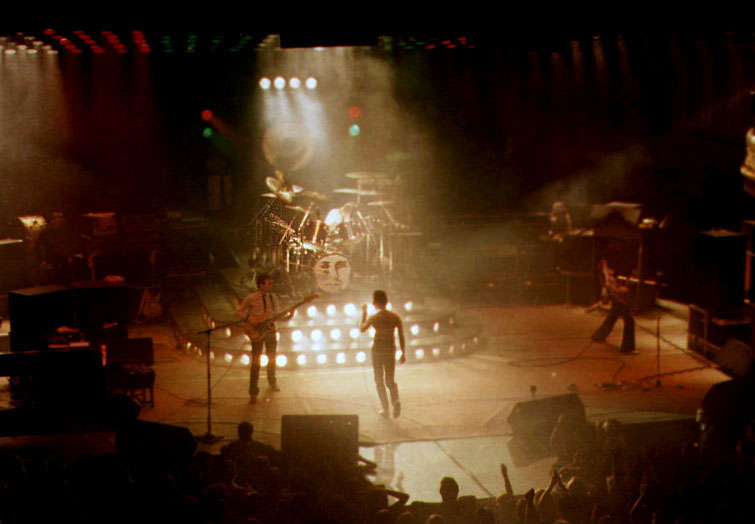 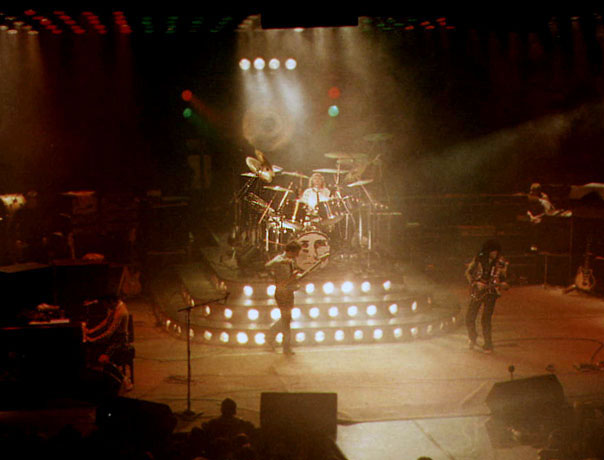 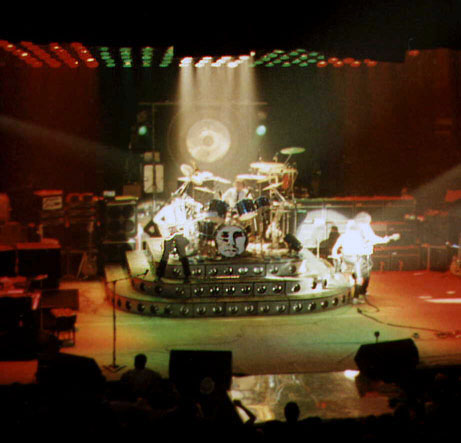 For Crazy tour Queen used a smaller version of the Pizza Oven to accomodate small venues in London. Instead of 5 columns of green and red, they were reduced to 4 columns like the white columns were. There were about 10-12 lights around the gong and they were colored white, red, and green to match the main rig. The same ceiling lights were used as from the Live Killers tour. There are rumours about having to drill a hole through the roof of the Rainbow Theatre in order for the rig to be supported.

(This applies to other tours using the Pizza Oven, such as Jazz 1978 and Live Killers 1979.