Lighting rig: A Night At The Opera Tour 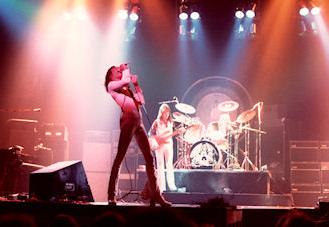 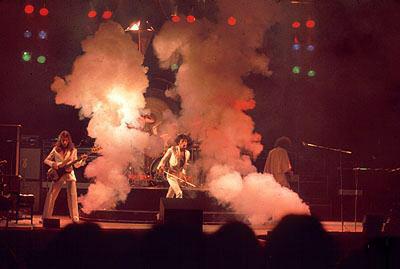 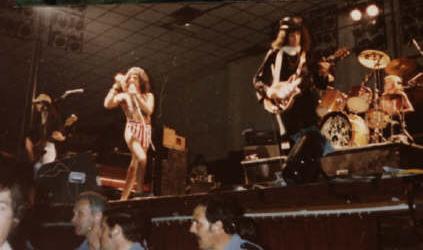 The rig is basically the same as the previous but sometimes the blue row is switched with the green row, as shown on The Christmas concert in the Hammersmith Odeon 1975. Another change is the addition of more side lights and their debut of ceiling lights at the front of the stage, there was also an addition of small pink lights in the main top row of lights in between the yellow lights. The side lights were now 4 lights across and still 4 lights down.

One of the first lighting rigs Queen ever owned (apparently this one but I'm not sure) was later sold to Saxon who toured with it a few years ago. Queen believed in the constant updating of their stage equipment and rigs and thus were a force behind the promotion of new technology in this sphere. They OWNED all the lighting rigs (unlike other bands who just hired them) and sold some of them to other bands (ELO toured with their Crown rig, for example).