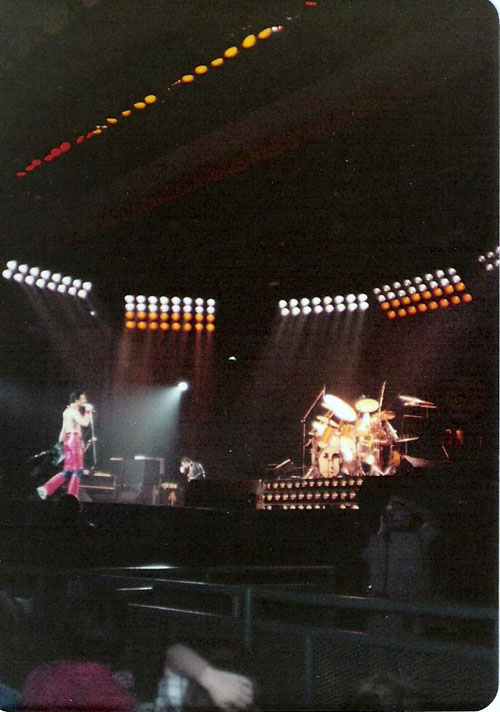 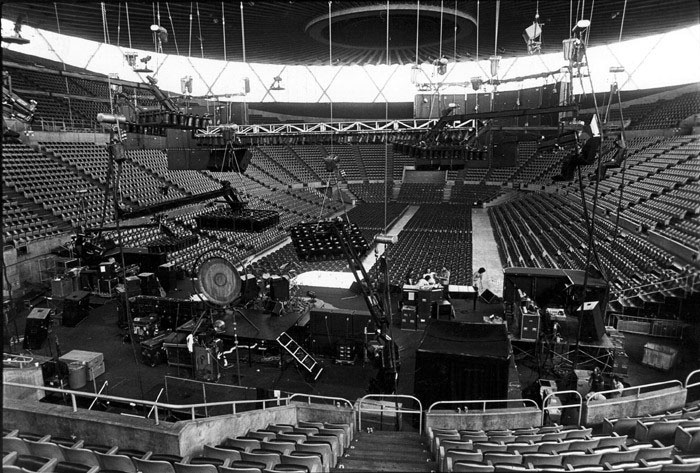 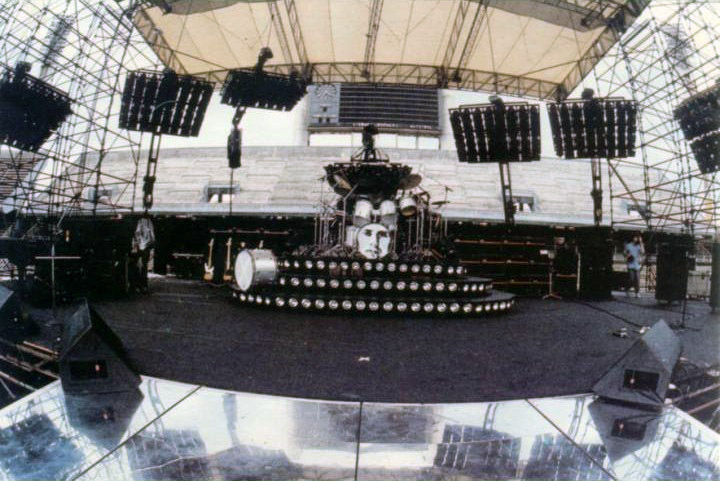 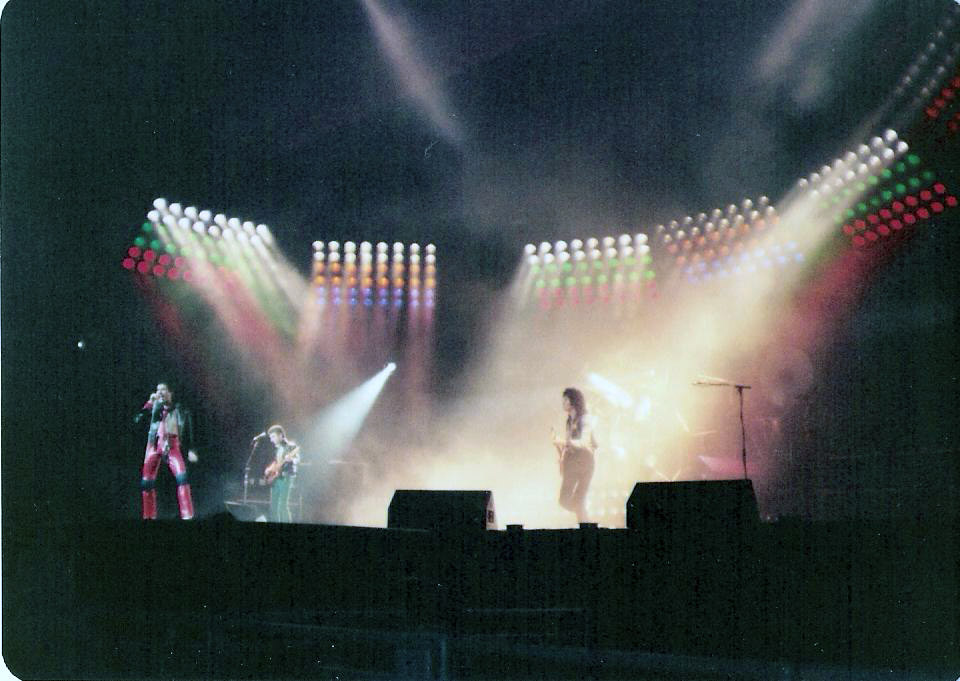 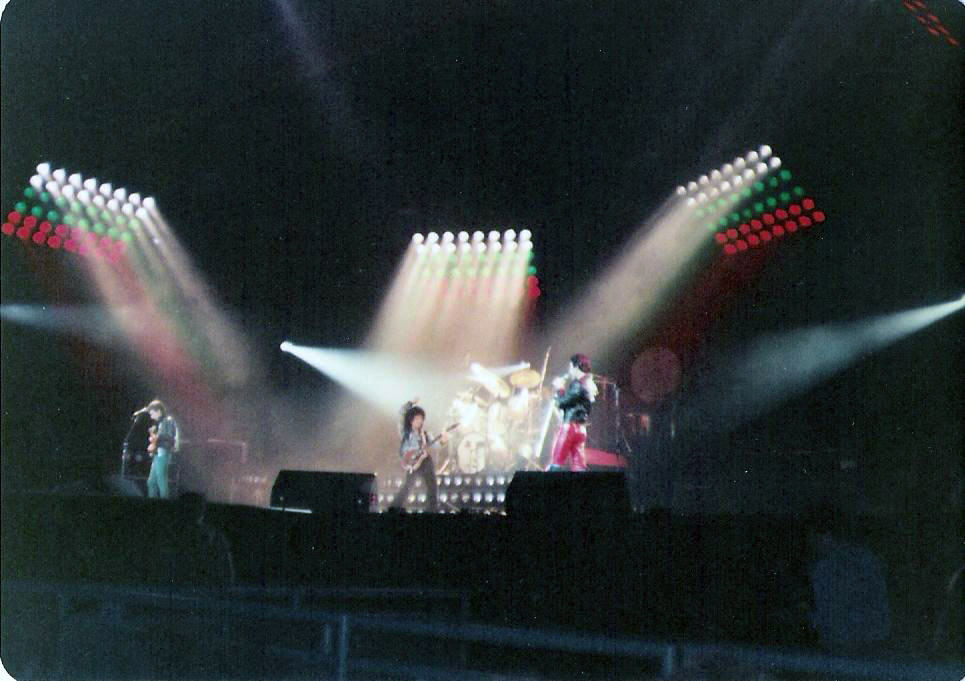 The original idea for the rig was to resemble something from Star Wars. It was a rig of 7 fully motional banks of light. Each bank consisted of 48 lights. There were 2 kinds of them, there was one with white, green and red. Another bank had white, yellow and red. There were 4 red and green banks; there were 3 yellow and blue banks.

Every bank besides the middle one had an individually controled spotlight. This means each of the 6 spotlights were contolled by one person each. The rig was called the "BIC razor" rig or "UFO's". The Razors are basically a pod of lights 8x6 attatched to a beam that moves as it were a crane. The banks can move up and down and swivel in place. There were approx. 600 lights including the main rig, ceiling lights, drum pedestal and the lights under the stage "wings".