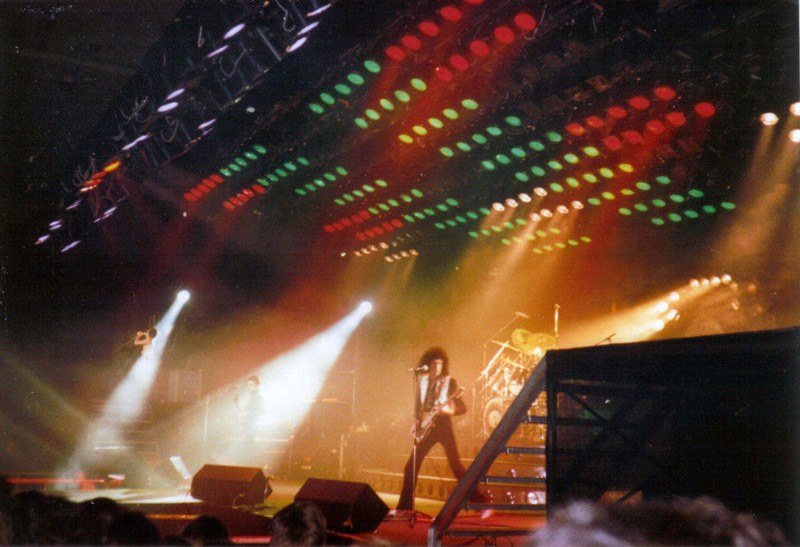 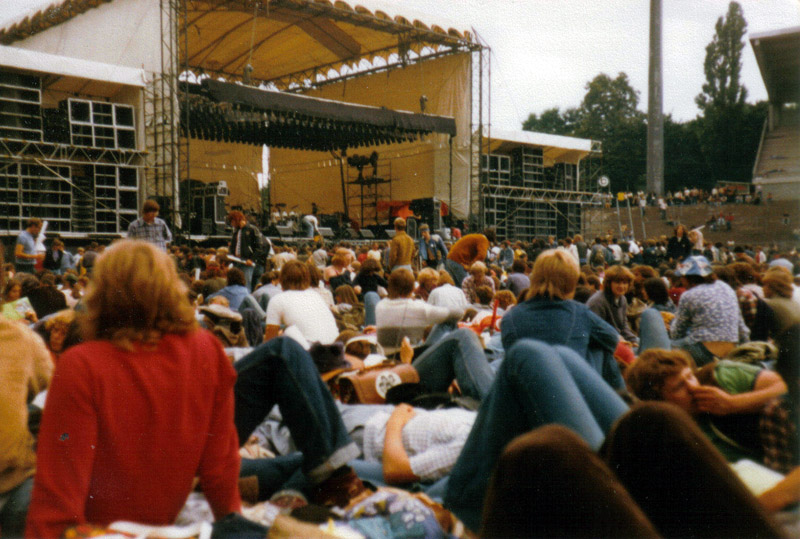 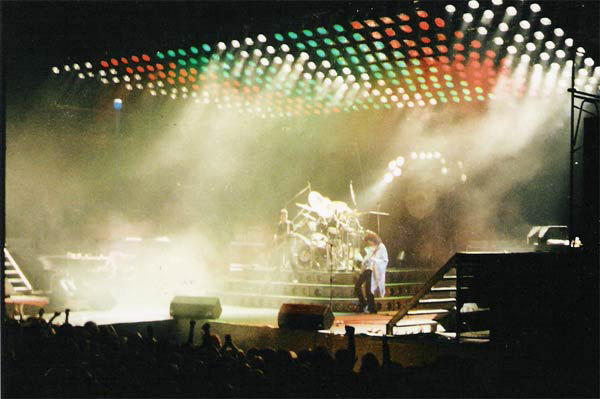 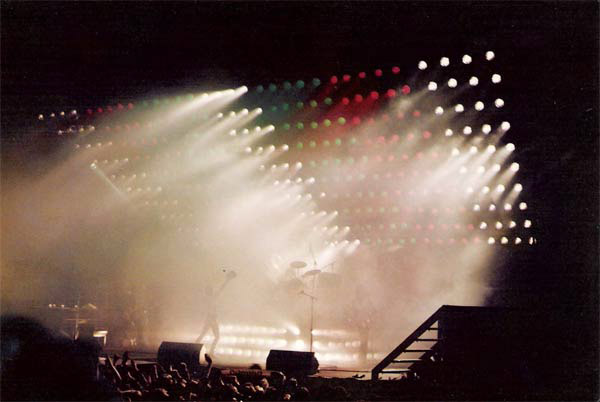 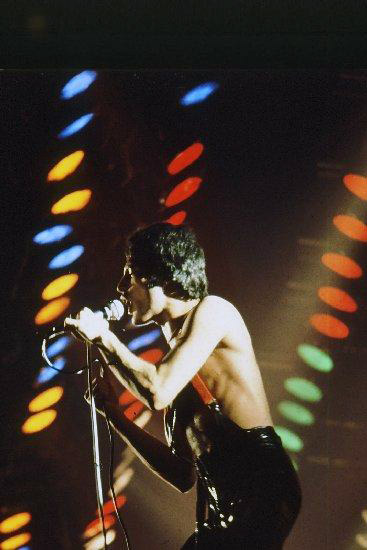 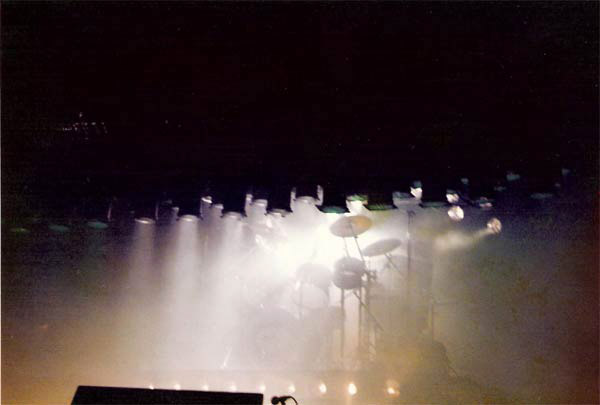 The rig is the same as the American Jazz tour. It has approx. the same number of lights, 320 on the main truss of white, red, and green (sometimes a row was subtracted from the rig to accomodate small venues.) plus ceiling lights in front consisting of blue, yellow, and red lights as shown. There were 12 lights around the gong (less compared to the Jazz tour) and they were colored white, red, and green to match the main rig.