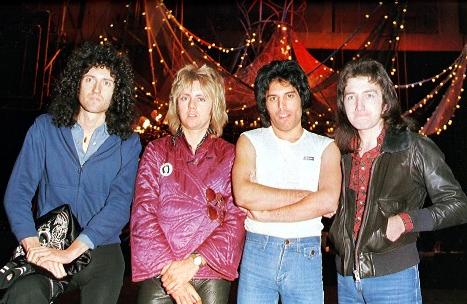 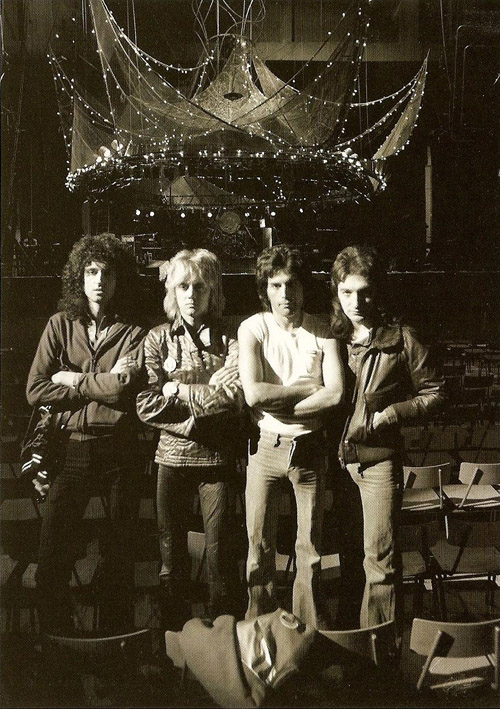 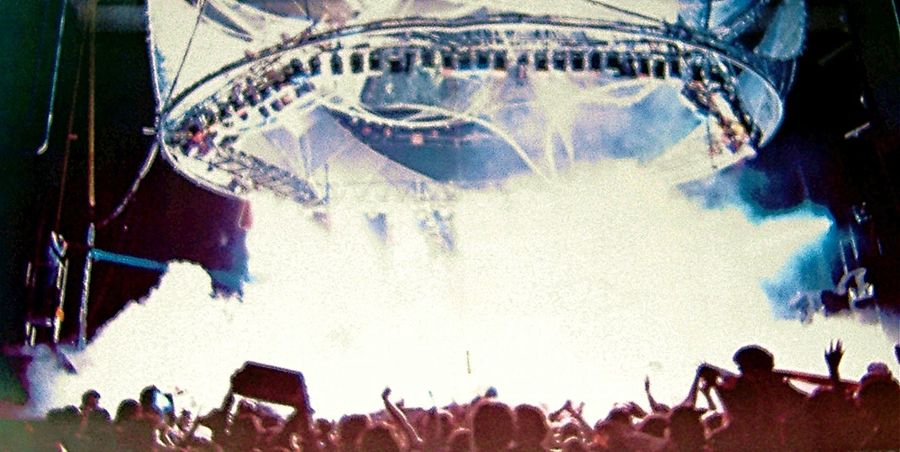 Queen's "Crown" lighting rig was used for the last two concerts of the A Day At The Races tour June 6-7 1977 at Earl's Court. The total cost was GBP 50000 and it was the very first mobile lighting rig. It weighed 2 tons.

The lights are the exact same as before but they were hung off the Crown and aligned straight across like the Sheer Heart Attack / A Night At The Opera rigs. The side and ceiling lights were run along the bottom of the Crown as shown in the pictures.