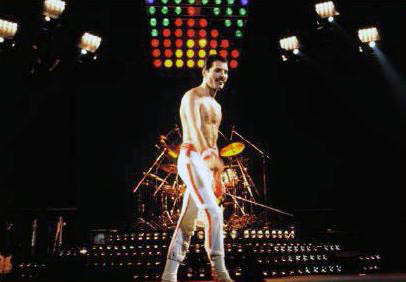 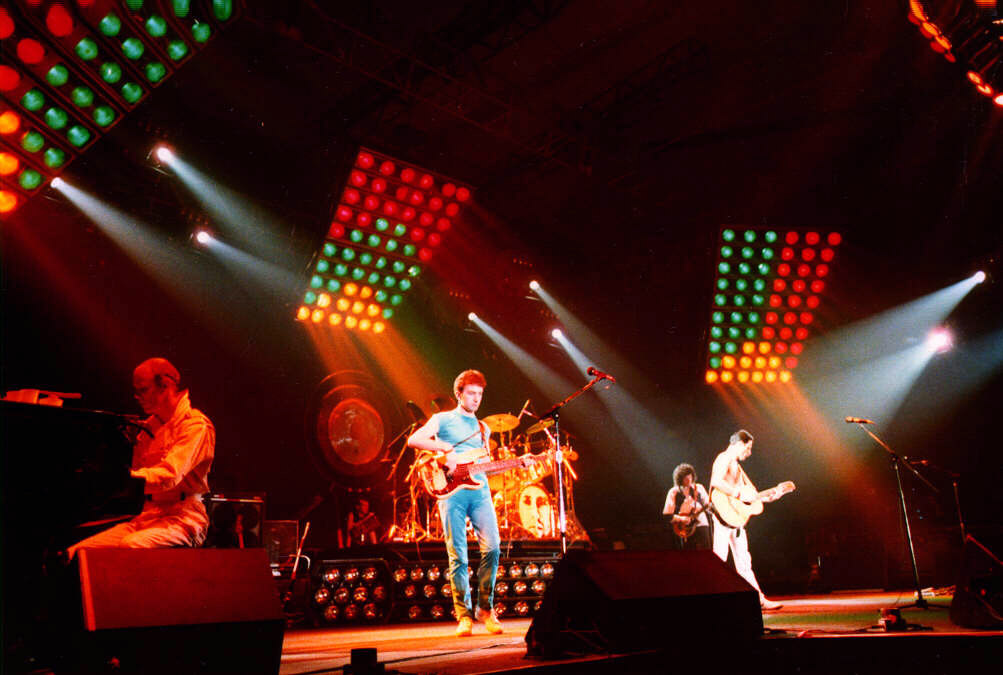 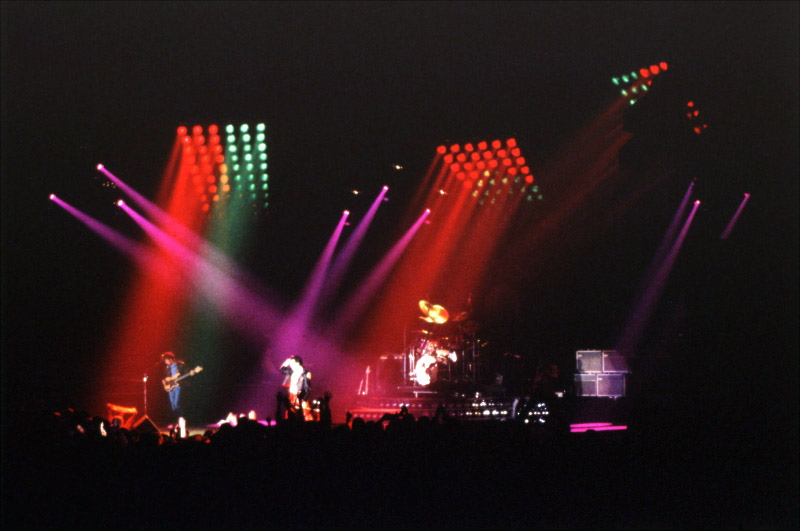 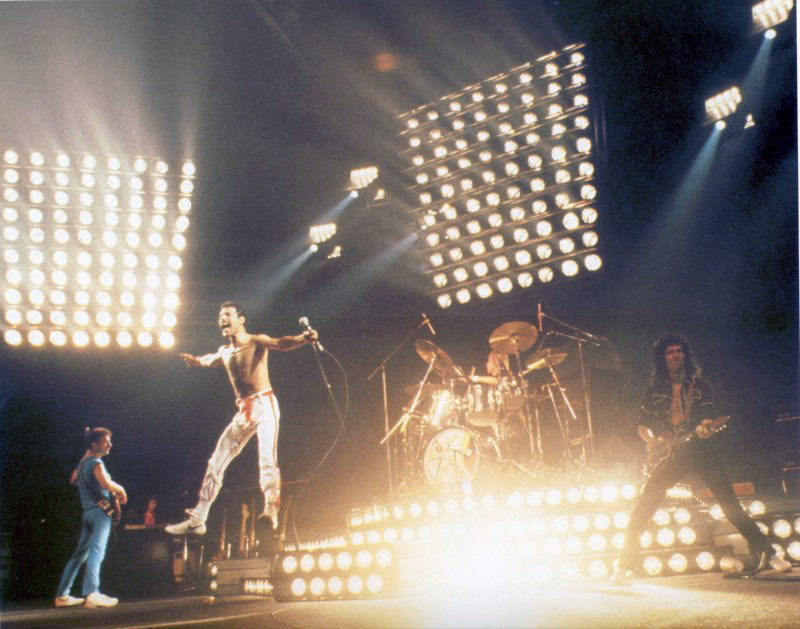 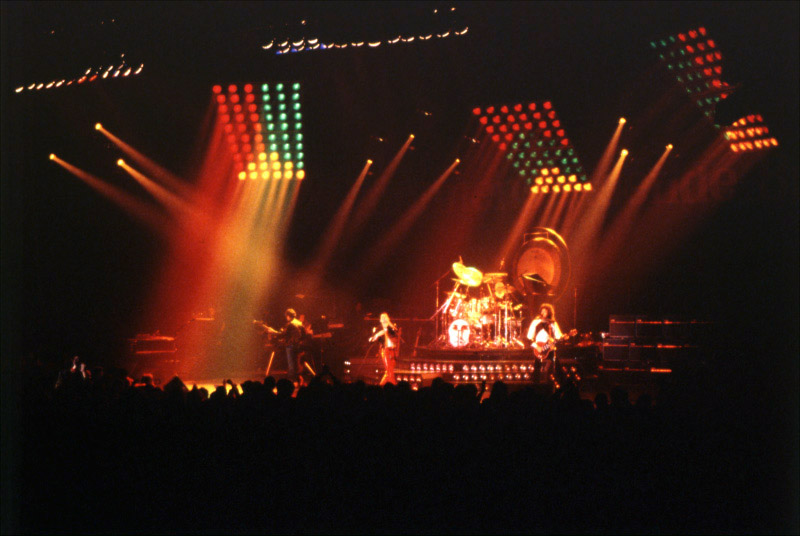 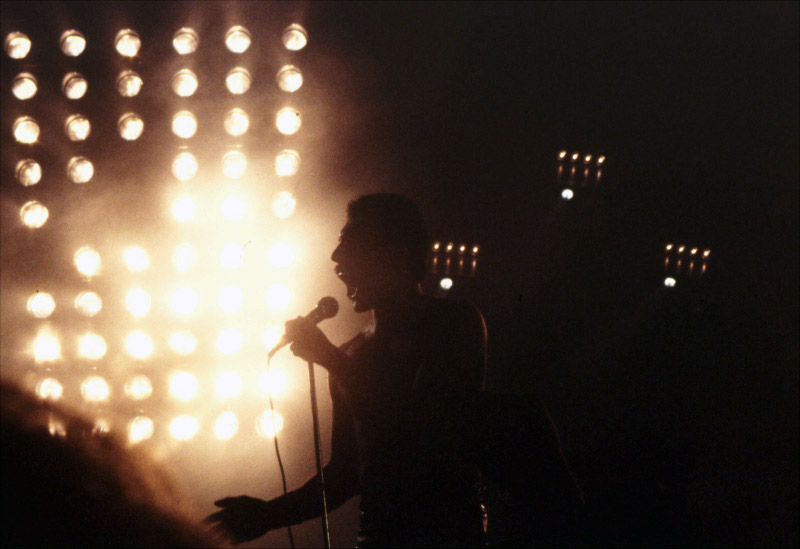 These lights were specially designed for the band Queen. The lighting rig includes 3 banks of colored lights that are capable of changing to white unlike previous rigs. It also features the first kind of intelligent lights. There are 4 units of intelligent lights, each unit is made up of three heads containing a color changing spotlight and additional flashing lights on top and on the bottom as shown. The banks of light are taller than the previous ones in the Game tour and could be moved up and down. The first model of the lights were 6 lights wide, 10 lights tall. The lights were arranged in an arrow formation containing yellow, green, red as shown. Now this version of the lights were only used during the European tour.

Now the USA and Japan light banks have increased in size, I guess Queen weren't quite satisfied with their special lights, they are now 8 lights wide and still 10 lights tall. The differences besides the size is an addition of color, they have now added blue on the top as shown in the pictures or the Live in Japan 1982 performance.

Other than that, there were still ceiling lights as shown. The drum pedestal was arranged bigger for more lights, four steps were added, only three were lit during European tour and all of them were lit for USA and Japan tour. The banks of light would erect vertically and change to white for God Save The Queen and they shine as if there were waves (as shown) and them they would regain color and finally fade to black as shown in Live in Japan 1982 and Live at The Bowl 1982.

Guys from the crew were sitting in the moveable spotlights above the stage.