The setlist includes ALL tracks from the new album (except for Freedom Train) but also some Queen classics and a couple of covers (Twist & Shout, Voodoo Chile). Man On Fire is powerful as always and Foreign Sand is a superb ballad (I love the piano outro!). Jason Falloon takes over the lead vocals for his own track - Soul (See You In Hell). Roger drums on a couple of tracks but most of the time he stands at the microphone. Nazis 1994 begins with some 'radio' voices and it's really frightening. Twist & Shout as encore? Nice!

Josh Macrae drummed on most of the tracks but Roger also had his own drumkit at which he was standing during some tracks (usually when he wasn't singing). He drummed in Ride The Wild Wind, Tenement Funster, You Had To Be There, Revelations, We Will Rock You and of course in Nazis 1994 (as seen in the videoclip). He also played guitar in I'm In Love With My Car and Happiness, tambourine in I Want To Break Free and besides that he also used about three other small instruments that I was unable to recognize :-) Maracas maybe? :-)

The early concerts of the tour had a slightly different setlist than the later ones. Man On Fire, Voodoo Chile and Twist & Shout weren't played but the setlist did include Dear Mr. Murdoch and Dylan's A Hard Rain's A-Gonna Fall. Also the song order was slightly different to the later concerts. The gigs in Milan and Paris were significantly shorter because they were special radio concerts. 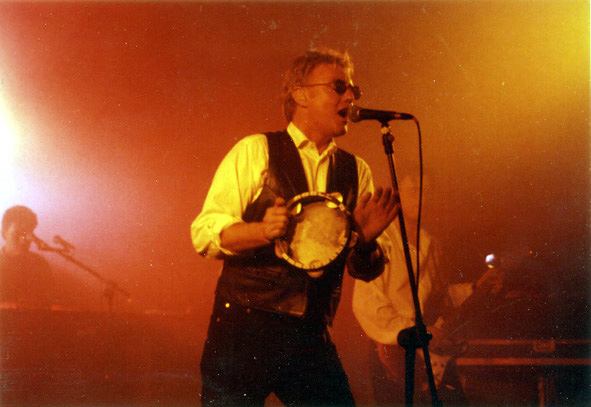