Note: this list includes only concerts. Roger's bands (Reaction, Smile) of course recorded studio stuff but that's not listed here. Also I'd like to say it's quite difficult to find accurate info about these old days so if you want to correct me, please do it. 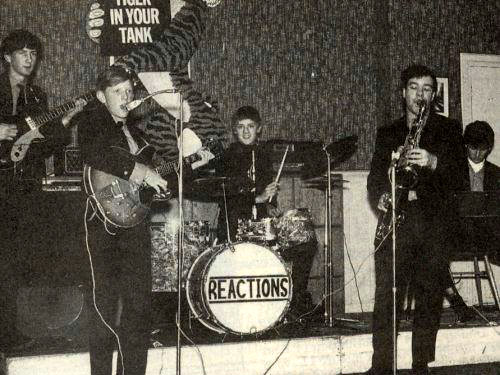 The Reaction were actually originally called The Reactions (until March 1966) and sometimes even billed as The Creation. Original line-up was of course identical to Johnny Quale and the Reaction but after a couple of months many changes came...