The show begins with 'Interlude in Constantinople' from the intro tape and We Will Rock You (with extended intro & outro) follows. After Pressure On Roger greets the fans. Seven or eight of the songs come from the new album. This is a much "heavier" tour than Happiness. Roger also performs a couple of Queen songs (oh yeah, the pop crap: Magic, Break Free and Ga Ga). On the other hand, Nation Of Haircuts, Surrender and especially No More Fun really rock! Surrender, Under Pressure and London Town are performed by Roger and Treana Morris who is supporting Roger on this tour. Under Pressure also includes a drum intro (remember Hot Space tour?). My favourite song is Strange Frontier though: after the intro the girls in the audience count "1, 2, 3, 4" and the rockin' part starts (I can't help myself but I love that bit :-). In Edinburgh Roger confuses the lyrics of this song which doesn't remain unnoticed :-) Happiness is usually in the encore and so is Radio Ga Ga with its Queen-like ending ("still loves you.... loves ... yoooouuuu").

Keith Prior drummed on most of the tracks but Roger also had his own drumkit placed on the stage left from Keith's. Roger drummed on We Will Rock You (intro and finale), Pressure On (intro), Under Pressure (drum intro) and London Town C'mon Down (ending + solo). But most of the time he was just standing in a dark suit at the front microphone, singing and in some songs playing the tambourine (for example in I Want To Break Free, A Kind Of Magic or Surrender). 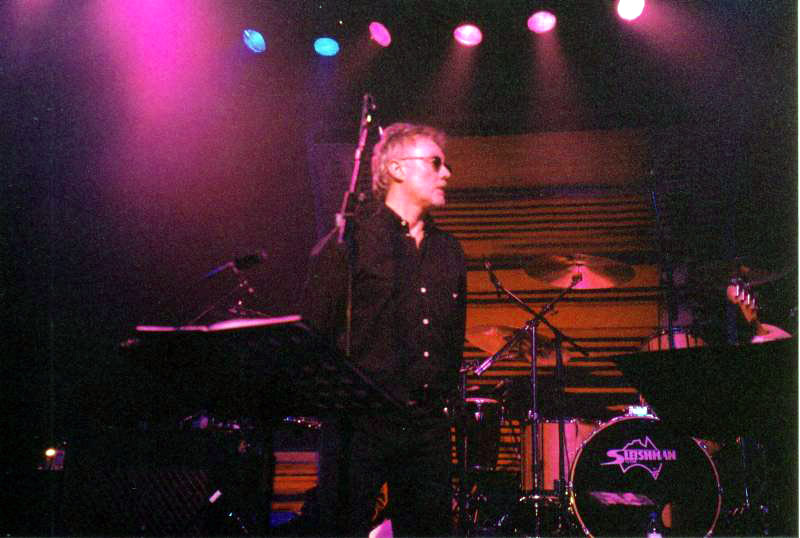