Brian May: Guest appearances in 2006

Brian May concertography: Guest appearances with other bands or singers in 2006 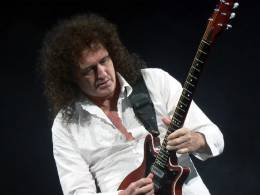 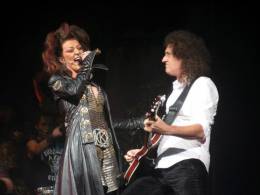 This was supposed to be the final WWRY performance in Dominion (but then the show was extended to 2007). Brian appeared in both performances and played BoRhap. For the evening show he also prepared a short speech: he said the show kept going because of all the the support, especially from the "regulars". Roger was in the audience too. 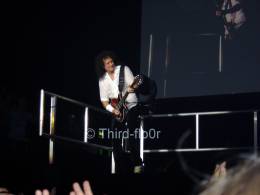 Superb intro - after a minute of Don't Stop Me Now Brian zoomed up out of one of the traps rising through the floor of the stage into some cool pyrotechnic effects. He performed the rest of the song with McFly, then played a short guitar solo (basically some weird aeroplane noises :) and then joined McFly for one of their songs. Afterwards he exited down the same trap :-) 01. Who Wants To Live Forever (Mazz Murray on vocals, Mike Dixon on piano, Brian on guitar) 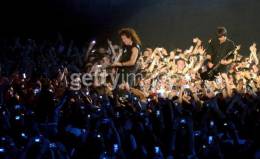 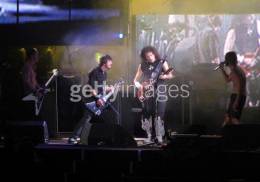 Joe Elliott welcomed Brian May as "the official 6th member of Def Leppard." 4th anniversary of the We Will Rock You musical. Roger attended the performance too but didn't play anything because he was back from the hospital.