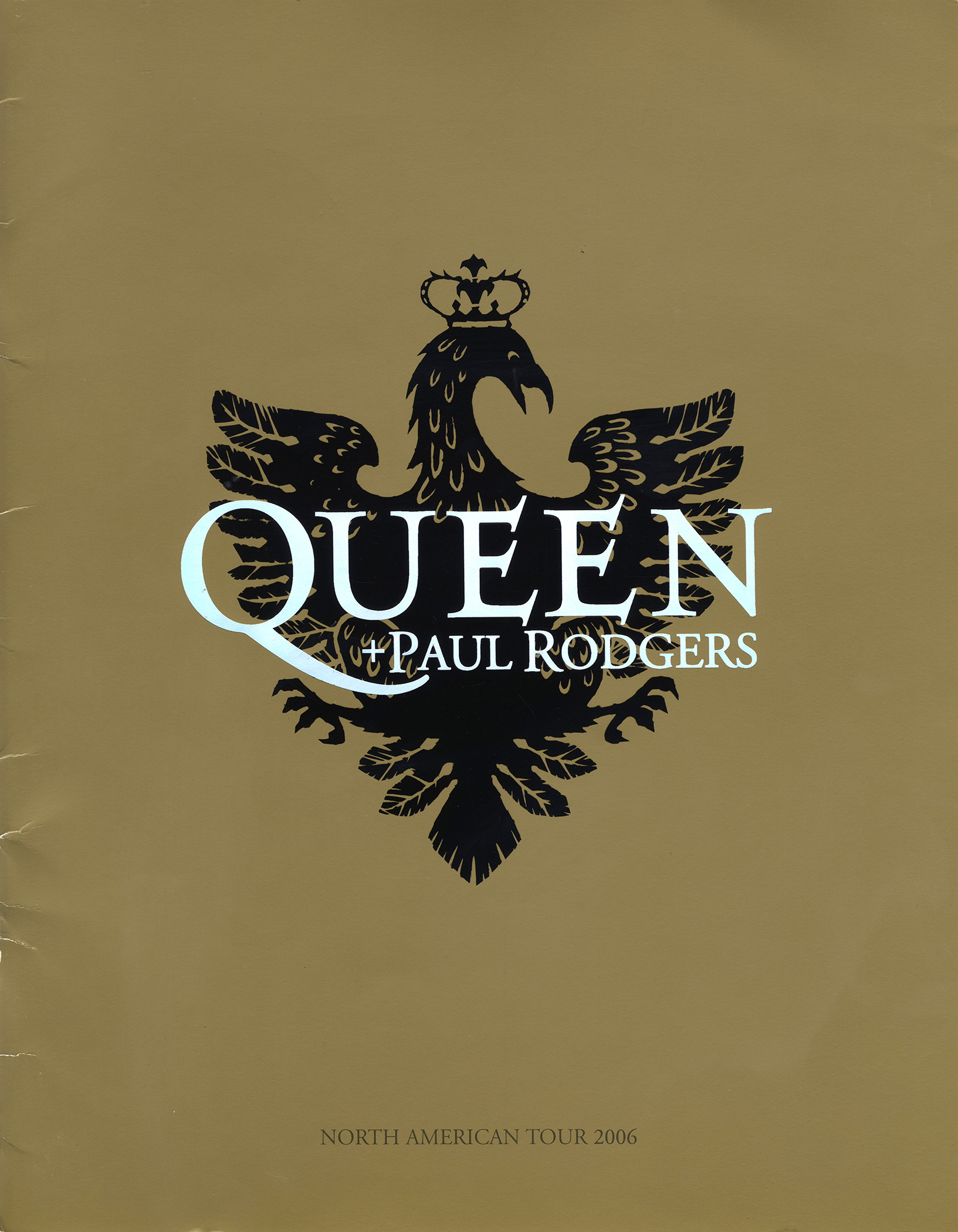 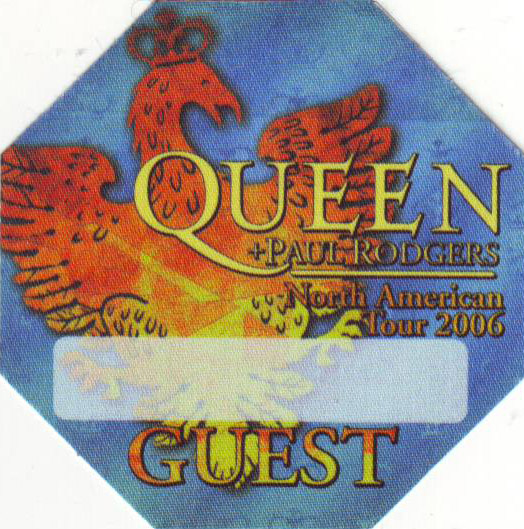 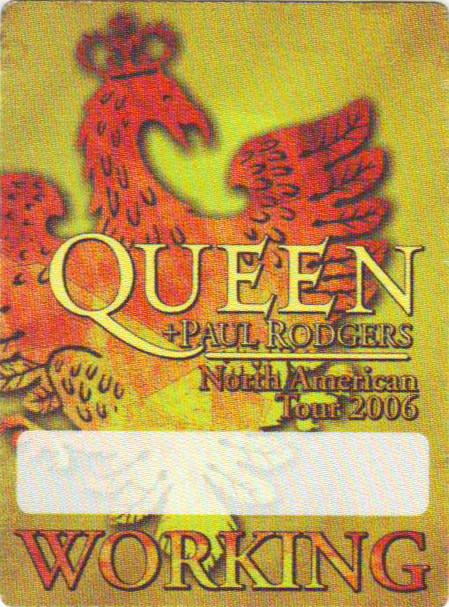 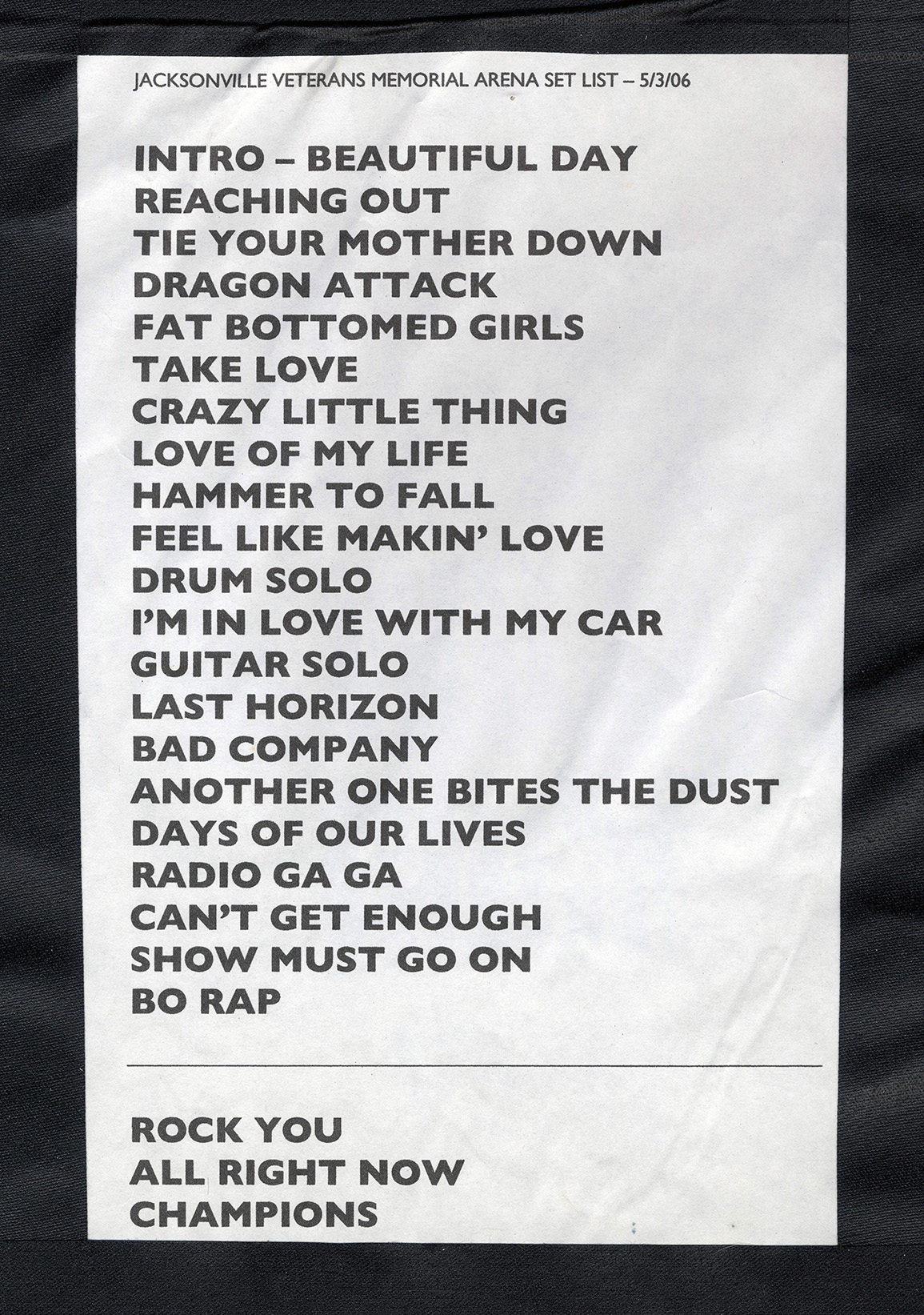 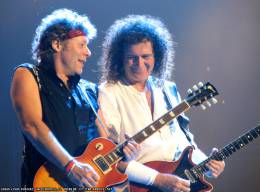 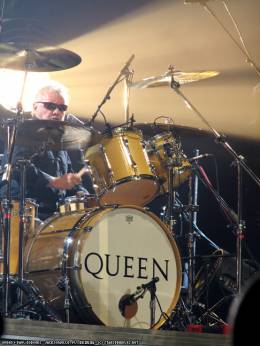 Starts at 8:20, with the crowd much fuller than expected. The floor looks totally sold out. Only the back section facing the stage and the second tier are a little thinner. The third tier was apparently not used.

1. Tape of Freddie singing Its a Beautiful Day (revisited). Paul Rodgers comes out and sings a small snippet of Reaching Out.

2. Tie Your Mother Down (all lead vocals are from Paul, unless noted).

3. Dragon Attack (Paul does not seem to be 100% comfortable with the lyrics. Several words were inaudible and I recall that the line he sang after "take me to the room where the green's all green" did not rhyme.)

5. Paul says that theyve put together a song called Take Love. Typical rambunctious rocking style. Lukewarm response, as no ones sure what to expect from it.

6. Brian drags out the Fender for Crazy Little Thing Called Love. He goes back to the Red Special after the opening verse. At the appropriate time, everybody in the crowd yells ready Freddie.

After CLTCL, Paul takes a breather. Brian tells us this is the first time theyve ever been to Jacksonville. I think they were ultimately pleasantly surprised by the turnout and reactions.

7. Brian then wants us to sing along at the chorus of the next one, telling the crowd its about time travel. That means it can only be 39. Brian did lead vocals and played on the walkway extending to the crowd. The extended ahh was skipped.

8. He warns the next one is old and was something from Freddie. Love of My Life is the next selection. Several folks hold up lighters. Brian gets us to sing at the appropriate time.

9. Paul rejoins us. Brian briefly told us about the next one (cant recall what particularly he said) and breaks into a slow rendition of Hammer to Fall. Paul handles the lead. They go back to normal speed at the rich or poor or famous line.

10. Finally comes the first full version of something of Pauls Feel Like Makin Love.

11. Roger gets his time to shine in an extended drum solo. Brian provides little bits of guitar. Paul takes his second break.

12. Roger hops off the drum kit and gives us Im in Love With My Car.

13. Of course, its not a Queen concert without the infamous Brian May guitar solo. Like usual, he works his way around the stage. Pretty much the exact same thing on Return of the Champions.

16. Another One Bites the Dust.

17. I had not read the European or Miami set lists, so I was surprised by The Days of Our Lives. Roger handled the lead. Throughout, the video board played early highlights, first of Queen then of Paul. Queens included a trip to Japan.

18. Roger is again allowed to sing for us, with Radio Gaga. Paul takes over lyrics at the end of the song.

19. Back to something natural to Paul and Cant Get Enough of Your Lovin.

20. Even more shocking is the next song. The unmistakable background pops up and you realize its The Show Must Go On.

21. Video is used for the first half of the next one, appropriately. Spike Edney plays the piano live while Freddie sings a live version of Bohemian Rhapsody. Brian joins in live with the guitar solo. At the silhouette of a man section, Paul takes over on vocals. Roger hits a much smaller version of a gong to close it out. Brian took a very short break to put a colorful t-shirt over his top.

22. Everybody takes about a three minute break. Instinctively, everybody begins clapping and stomping. The lights show picks up and the beat comes on for We Will Rock You. Brian has taken the t-shirt off and is back in the gear he started.

23. We go deep into Pauls history with Frees All Right Now. He gets to sing the chorus at the end.

24. Everyone really sings along as they cue up We Are the Champions. Instead of singing I thank you all, Paul says we thank you all. More lighters and swaying.

25. As all Queen concerts should, it ends on God Save the Queen. Its a canned version, but it allows everyone to bow.

As we walk up the aisles (and I realize Ive lost my ticket stub somehow), the unlisted track of Made is Heaven is blaring over the loudspeakers. Beautiful.