Crap. A random compilation of live performances from various places, the place and date is often wrong (in some cases intentionally)! Incredible shit, just a cash-in. Some so-called live songs include footage from videoclips and the "rehearsal" IS in fact just a videoclip! And the DoRos thought they could fool the fans...! Just to confirm my thoughts, here are a couple of comments taken from the QueenZone forum: "the worst edited tripe ever committed to celluloid (especially KYA)", "a brilliant idea on paper, but a wasted opportunity", "a disaster of gargantuan proportions... watch with sunglasses and headache pills...", "What did these DoRos think? That no-one notices the changing clothes, guitars, drums and everything?", "most of the Hammersmith pictures have been replaced with the old promo vid and it's really just a huge, disgusting mess" or "saying it's a rehearsal when it's quite clearly from Box Of Flix, is just lame." You got the point?

Javier did a nice research on the sources of Sheer Heart Attack:
The audio is from the Houston 1977 concert until (and including) the first "sheer heart attack", then, in the second "sheer heart attack" they used the Hammersmith Odeon 1979 recording, the first "real cardiac" is from Buenos Aires 1981 and the rest from the second "real cardiac" until the end is from Tokyo 1979. And in the video the corresponding footage was used until the end of the last "real cardiac", then the instrumental section starts and they did a montage of Tokyo 1979, Hammersmith Odeon 1979, Buenos Aires 1981 and Sao Paulo 1981 concerts. And at the end they used the Tokyo 1985 concert, featuring the ending of Crazy Little Thing Called Love. They may have used another Live Killers concert because the Tokyo 1979 video has weird changes of angle and quality. So the main audio sources are Houston 1977 (the only officially mentioned source in this song) and Tokyo 1979 (which isn't listed anywhere on the VHS). And the only main video source is Houston 11.12.1977, the rest is a montage of the concerts I named before. 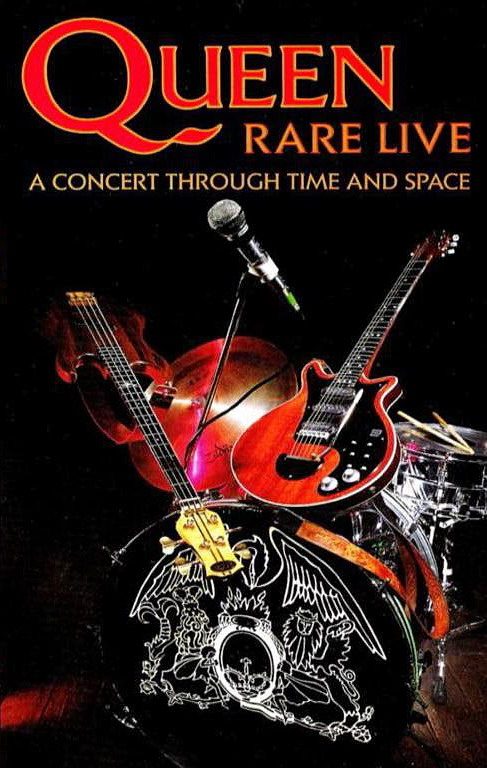