Probably the most famous Queen concert took place at Wembley on 12th July 1986. The setlist was quite special (Queen played Gimme Some Lovin' or Big Spender only scarcely) and there were even rumours about David Bowie's appearance for Under Pressure but that unfortunately didn't happen. Also Mick Jagger was in the audience. The concert was broadcasted live on the radio and was also filmed for a later release (VHS released in 1990, 2CD in 1992, DVD in 2003). The quality is for obvious reasons significantly worse than in Budapest and both VHS and 2CD (with the exception of the latest 2003 US 2CD release) are incomplete. Fortunately at least the DVD is complete (and definitely worth buying).

UPDATE
Get the new DVD released in 2011 - it doesn't have those interesting bonuses as the 2003 version (multicam, rehearsal) but it has by far the best sound. Finally we can hear John's bass properly! 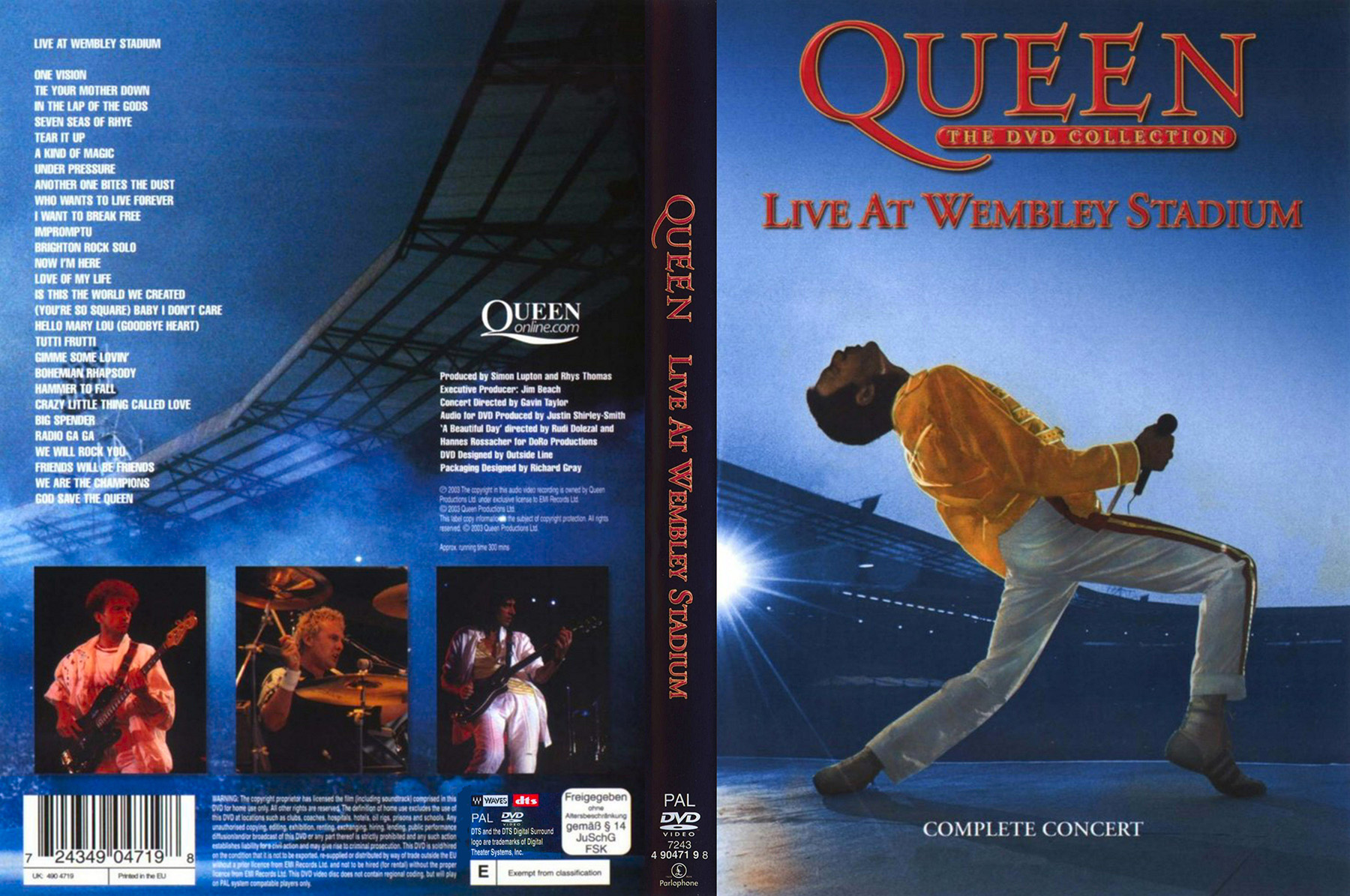