Although Hot Space was a huge disappointment for most of the fans, the tour that followed was successful as the live tracks sounded much better than on the album. On 5th June 1982 Queen played in a relatively new venue - Milton Keynes Bowl stadium in England. Although the concert began in daylight and the stage was built in a strange way, Queen still delivered a perfect show. The DVD has a good picture (considering the age) and a very good sound so it's definitely worth buying. The bonus stuff on disc 2 is disappointing though - the camera angles feature is missing (just look at the Wembley DVD) and above all, they edited out most of the pre-concert backstage videos and interviews, even the old TV broadcasts include more bonus material than this official DVD. It's also a shame that the 2CD set (released along with the DVD) does NOT feature the full concert - for some reason they decided to cut out some of Freddie's speech. 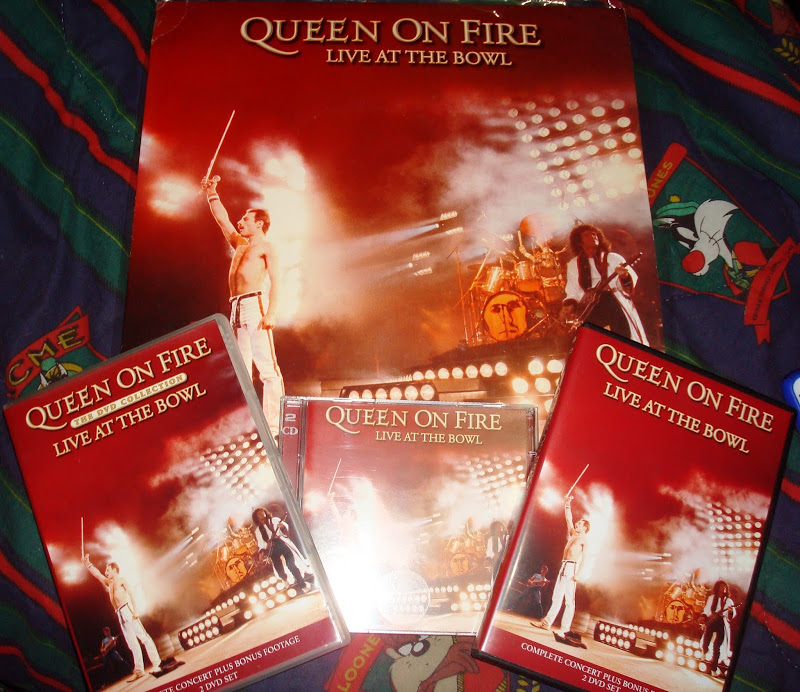