Brian May: Guest appearances in 1985

Brian May concertography: Guest appearances with other bands or singers in 1985 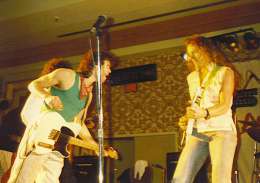 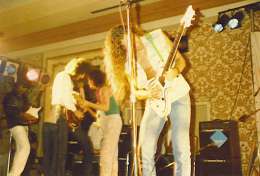 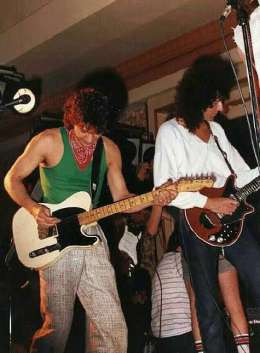 Eddie Van Halen, Ted Nugent, John Entwistle and Carlton Morales called theirselves as The Unrehearsed Scumbags and, during backstage time at the Hilton Ballroom, they decided to play a song they all know - Wild Thing. Brian May and Jeff Loven joined them later and they were all jamming together.

Mark Moss says: "I went to the REO Speedwagon show in 1985 when Brian came on stage and played, in your notes you said that there was some confusion as some say that John Entwistle played that day and not Brian - in fact they both came on and played the song! I had a front row ticket and was wearing my Works T shirt. Brian was great, he gave me a nod and a wink and played part of the song right in front of me! Great memories. I saw REO 2 years in a row at the Odeon; the first year they had Alvin Lee and John Entwistle (1984) and the following year John Entwistle and Brian."