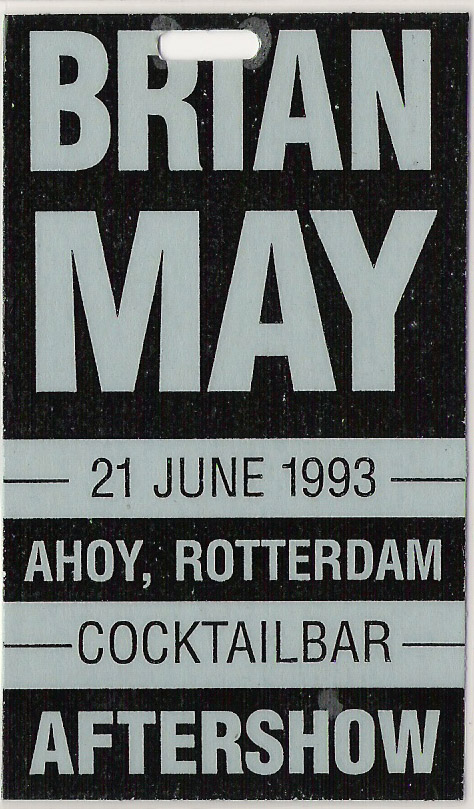 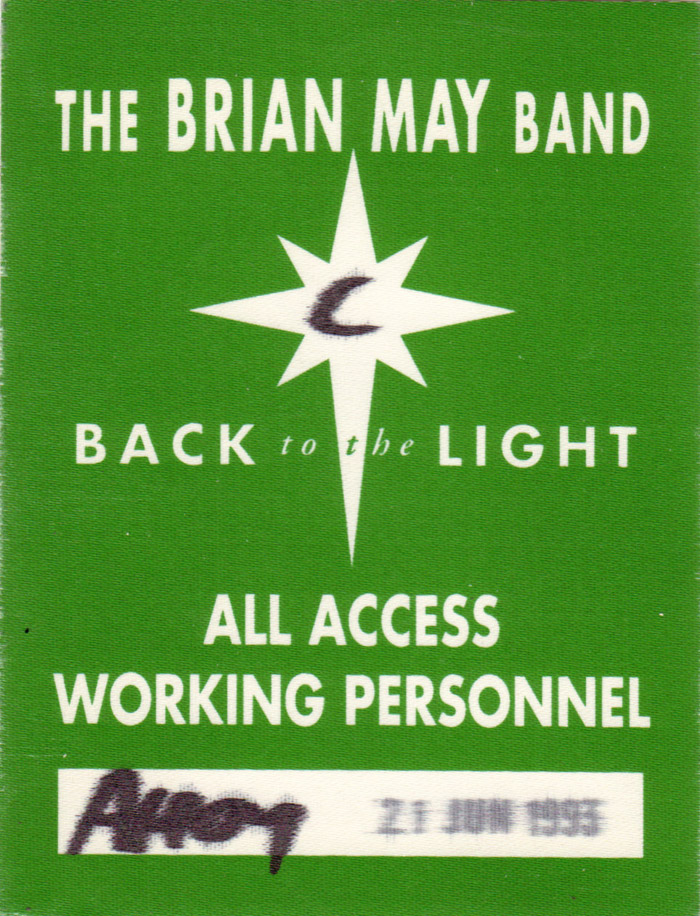 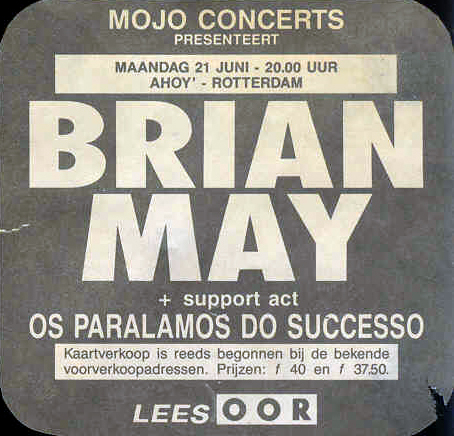 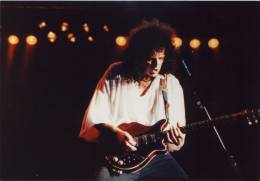 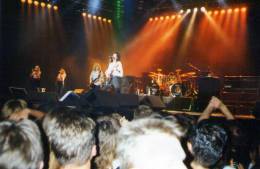 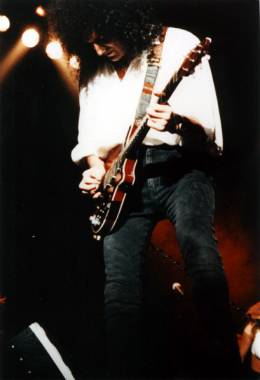 I remember very clearly waking up on a Saturday morning in March 1993. Aged 15, I was still living at my parent's house. I walked down the stairs and ate some breakfast while reading the morning newspaper. And there is was: Brian May comes to Rotterdam on June 21st. God is coming to my country! I jumped from my chair and was so excited, I showed the paper to everyone in the house: look at it, look at it!

I rang my best friend and asked him if he wanted to join me. But Guns 'N Roses were also coming that summer to Nijmegen, The Netherlands and aged 15, his and mine financial possibilities were limited and we both had to make a choice. While I absolutely loved GNR, still do, I obviously made the choice to see Brian May. My first ever gig, going to see god in person.

Then again, living 150km from Rotterdam and no pal who could join me (all my friends were into Gabber music and Happy hardcore), I needed to think of plan B. Plan B was asking my dad. Of course, it is not that cool to go with your dad but I didn't had the balls to go alone and asking my dad gave another benefit: he had a car, which easily made up the uncoolness. And it was all about the concert so I asked him and after 10 no's, I got a definite yes. We were going! I bought 2 tickets, just on time because the concert was quickly sold out.

So on June 21st, my dad and me drove to Rotterdam. We were quite on time and so were many fellow Queen/Brian May fans. It was massive, hence this was my first gig I ever saw. I didnt know what to expect! This was in the pre-Twitter, pre-Facebook even pre-internet and pre-cellphone era so I never saw pictures of the Ahoy hall. But the building was massive and so was the queue before the entrance.

Luckily the weather was nice and the atmosphere was fantastic. Like a carnaval where everyone was singing Queen songs before the gates opened. I remember everyone was so excited to see Brian again after such a long time. Remember that Freddie died only 18 months earlier and Brian didn't perform live since 1986 and a lot happened since then. People were emotional, there was a kind of mix between grieve about Freddie's death, it was so fresh, and the pure happiness of seeing Brian again.

Anyway, the gates opened and we walked in the hall. I was amazed how big it actually was. We stood exactly in the middle of the hall with a fine view. After some waiting the support band started to play, the Brazilian Os Paralamos Do Successo. I do not remember much about how they looked but i remember the extreme bass in the soundmix. So extreme it went through your stomach. My dad said: 'if it stays this bad when Brian May starts, I'll wait outside until the concert is over' :)

Paralamos finished and the audience got REALLY excited. There was massive sing a long to Queen songs, someone just started a song and everyone would join. There was 'the wave', naturally done by the audience and a lot of soccer 'olé olé's. Actually it was all about giving Brian the best possible welcome to The Netherlands, we missed him!

Then the lights dimmed and 'The Dark' started. Both me and my dad were happily surprised about the change in sound quality, it was crisp and clear, very very nice.

There were butterflies in my stomach, a sense of excitement and emotion, this was the biggest thing in my life so far. 'The Dark' ended and the intro of 'Back In The Light' started. Still, no trace of Brian May but suddenly out of the dark, there he stood there. There was a spotlight and I remember his curls. There he stood, singing 'Far far from the light... hear the night creatures cal'. Wow, he can actually sing! It sounded amazing.

The audience sang a long every Brian May and of course Queen song and i sang the lungs out of my body. And not only me, everyone did! Listen to the recording of the concert, you will hear this. I never experienced this any more, not even during the more recent Brian May or Queen + PR gigs.

I remember the fantastic Red Special sound, sounding much more fat and aggressive than on Live At Wembley, then just released.

Love Of My life was undescribable. The audience sang so loud a long, Brian was not audible anymore. What a moment!

Highlights were Resurrection with Bo Rhap mixed in plus the amazing drum solo by Cozy Powell. This was magic! The band sounded tight and amazing, well rehearsed and the creme de la creme of rock musicians. Plus 2 chicks as background singers is a nice bonus for a 15 year old :)

Then all the pyro's, the lights, the solo's, the fantastic songs, the surprising setlist (compared to Wembley 86).

Time was passing quickly and 2 hours later, Brian played the last chords of Hammer To Fall... The dream was indeed over and Brian thanked everyone.

I remember driving back with my dad saying: did you see this?!?! and did you see that!??! Even my dad was highly impressed and he was not a Queen fan, far from it!

This gig changed my life, it gave me the need to see more gigs and experience this feeling again. And I saw many more gigs. Many more Brian May gigs, many more Queen + PR gigs and numerous other bands and artists. Many of them were fantastic, truly great but it never topped this performance.

And believe it or not, i just discovered this recording today, Feb 14th 2012, almost 19 years after the gig. Of course I purchased Live At Brixton 93 when it was released back in 1994 both on cd and video and i remember: was Rotterdam truly so fantastic or was Brian having a great night in Brixton and therefore released it? Listening now to this audience recording, i can say: no, Brixton was even a lesser performance compared to this gig. It was the audience that elevated the Brian May Band to a higher level and you can clearly hear it on the recording here.

I am very proud and happy I was part of that audience on that magical night back on June 21st 1993.