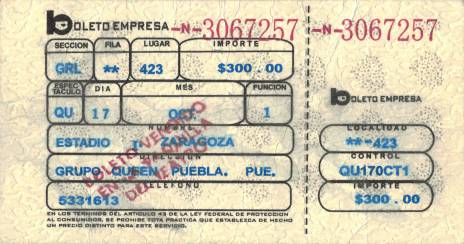 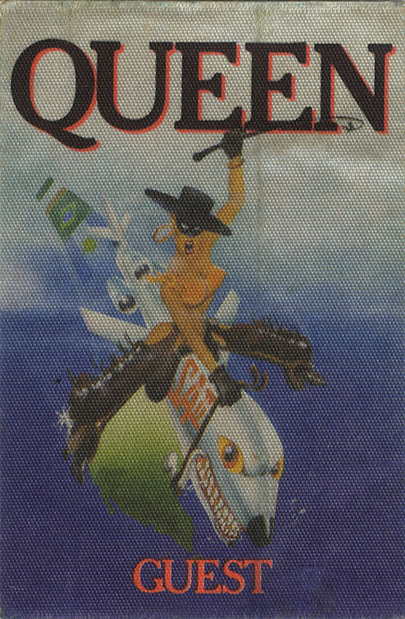 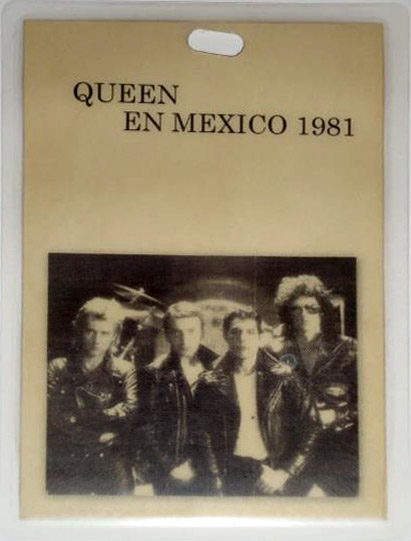 When I was 12, I attended to the Queen show in Puebla, Mexico. At 1 pm my brothers, my sister, her husband, two uncles and myself were inside a VW Beetle heading east to take the Highway to Puebla which is 130 km from Mexico City, my hometown. We stopped shortly at the toll booth to eat something and we arrived to Puebla at 4pm and at 4:20 we found the Zaragoza Stadium (lots of cars, lots of people) and we couldn't get inside the stadium before 6:50, we splitted inside the stadium and 4 of us decided to find out which place could be the best to see and we went to the left side of the field (right side from the stage point of view) and I could see only about 2/3 of the drums but was able to see the rest.

The show was scheduled for 8 pm but it started at 8:35. I'm still impressed by the power of the PA that Queen had (150000 Watts) and still today I have not heard a band that sounded so powerful. The show means very much to me, it was my first time at a major rock show and the images and sound of that special day are still in my memory as if it was yesterday. Unfortunately, there was a security problem and some people (and I emphasize some assholes among crowd of 60000) had a bad attitude throwing to the band shoes, stones, batteries... when Now I'm Here was in the middle section, a guy climbed to the stage but the bodyguard made him fly with only a little push. Also Brian when he was doing the Brighton Rock solo, he got a pantyhose full of sand and got dirty but the group - as professionals - performed as planned. In the end when God Save The Queen was playing, Roger was so pissed off that he took one of the cymbals to throw it away but he turned back and threw it to the drum platform, and Freddie said "Muchas gracias Mexico", "take your shoes" (the ones some people threw to the stage), "Adios amigos you motherfuckers", "Goodbye, ciao" and after that we left the stadium and we could not get out of there until midnight (the show finished by 10:30). Too bad they never came back but for those almost 180000 people (including myself) it's still the best audiovisual experience to be part of the greatest rock band on the face of the Earth. I hope you didn't get bored with my story.