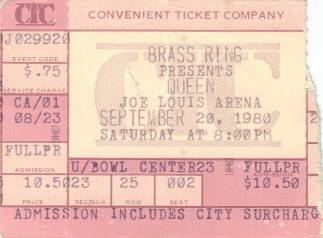 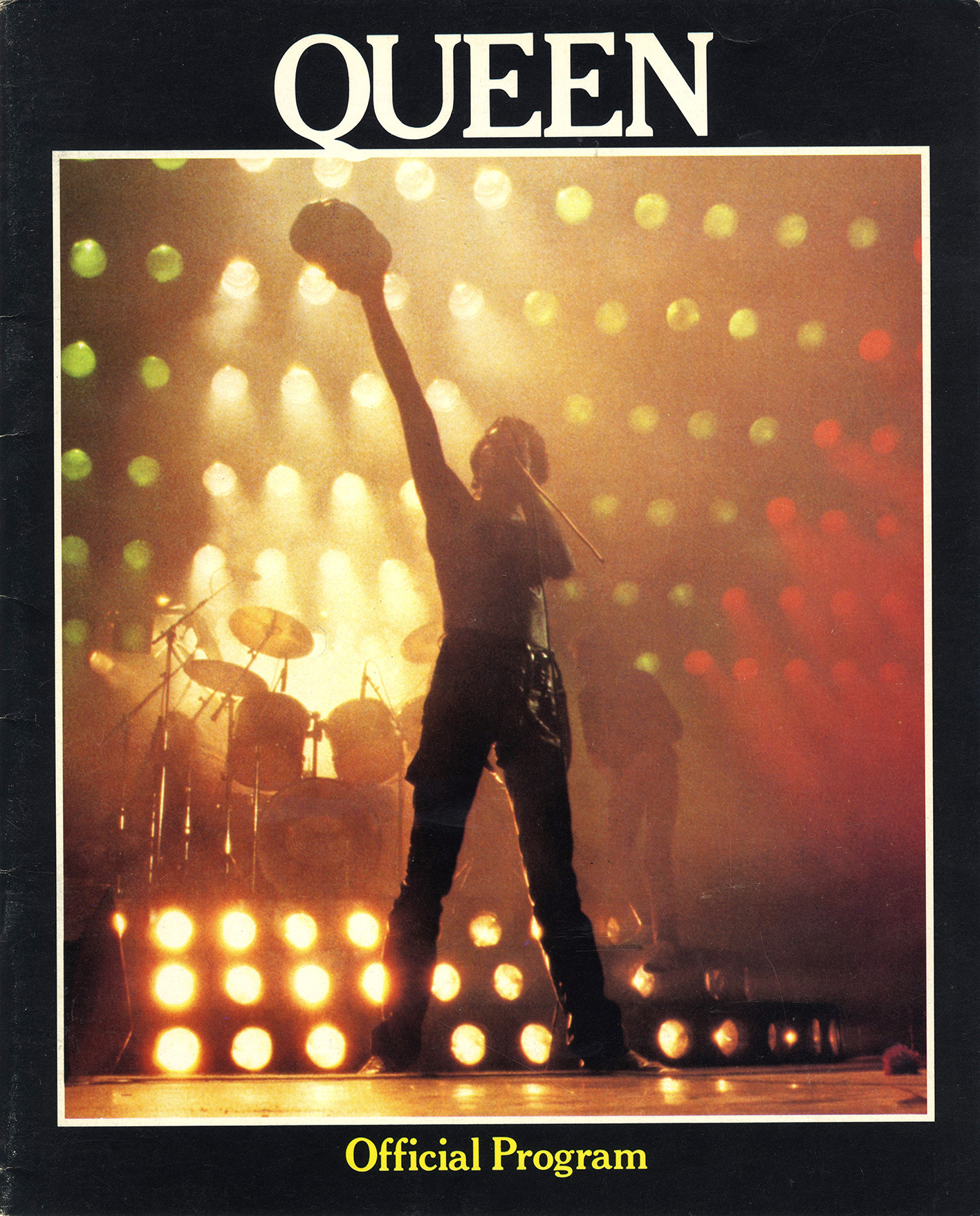 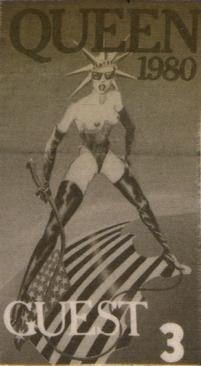 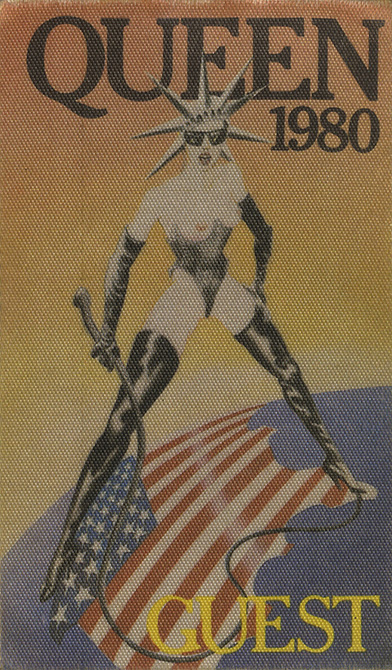 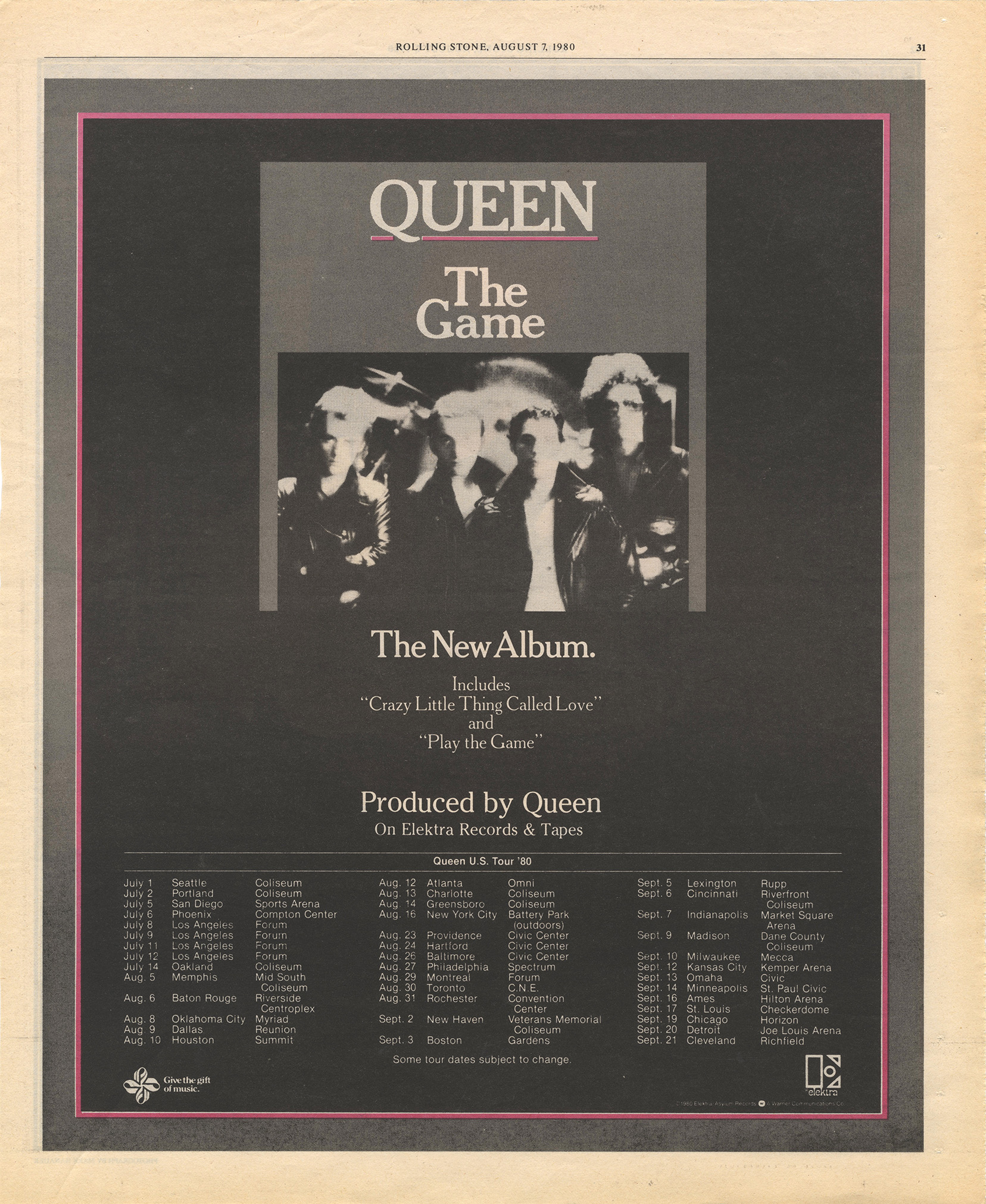 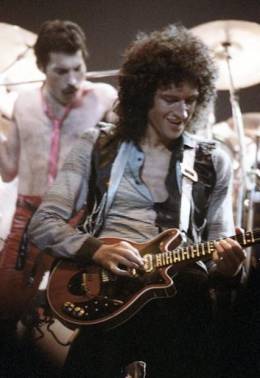 It was September 20th, 1980 and it started just like any other day for me. I was upstairs playing my favorite 45 record for the millionth time it seemed... at least to my mother that is. The song was Another One Bites The Dust by Queen, I had already worn out 3 or 4 of the 45 record which was released just a short time ago.

My Uncle had stopped by and asked me if I wanted to spend the night and see a late movie. At first my mom was rather reluctant to let me go but being a Saturday and no school she gave in and off we went. As we were driving I noticed that we weren't going to his place so I asked him what the movie was, he just smiled and said we weren't going to a movie but to a rock concert, He KNEW my mom would forbid me to go to such an event so he used the movie as a ploy to get me out of the house. I asked him what concert, all he said was it was a surprise. By the time we entered Detroit Michigan I was all excited as this was my first concert ever, we weren't even allowed to listen to rock and roll. We got to the Joe Louis Arena and that is when I melted into the seat, on the Marquee in BIG letters "QUEEN". That is when I melted in my seat and repeatedly thanked my uncle, he later told me the look on my face was worth the tickets.

We made our way inside and found ourselves about in the middle of the floor, we had General admittance tickets. I remember jumping up and down a lot during the support bands set. In case you are wondering the bands name was Dakota, and I have never heard of them. Well after they had finished we tried to make our way forward knowing we would NEVER see Queen where we were, we were young and short, I was 14 and my uncle was 18. Well it seemed like an hour, but must have been a couple of minutes when 2 security guards told us to follow them. My first though was "oh no, we are in trouble and are not going to see Queen". Well, That was NOT the case, in fact they took us ALL THE WAY UP FRONT, just off center stage, we were on Brians side.

No sooner did we get there when the whole place went dark. Then this sound that seemed to come from everywhere started. It got louder and louder and started to rise in pitch. I kept looking at the stage to see if I could see the band, nope.. but I did see something above us moving. by now the sound was reaching a peak and then it happened, a LOUD explosion and Lights that blinded us. It happened a couple more times but now I was ready... the crowd were going nuts, I WAS going nuts, then the guitar. Out walked Brian May playing this song that would literly plague me for years as I was certain it was NOT a Queen song, but no idea, of course it was Jailhouse Rock. Then Freddie came out. He was wearing a black leather jacket and orange pants with blue kneepads. I can't remember if he was wearing a hat and sunglasses. By now the crowd was so loud I could not even hear my uncle next to me, he later told me that during the first 2 songs all he could say was YEAH.... @$!* Yeah... Of course the second song was the fast version of We Will Rock You but to be very honest at that time the only 2 songs I knew were Another One Bites The Dust and Don't Try Suicide, so EVERY song was a new experience. After We Will Rock You Freddie spoke to us for the first time, he said something like "Hello Detroit... " he may have said more but I can't remember. Hearing bootlegs from that tour I would assume he added "Lets Rock and Roll Huh" or something like that. I remember when they went into Play the Game everyone went nuts, of course I didn't know it was new to me, ALL the songs were new. He then spoke to us again telling us that they were happy to be back in Detroit and that we were in for a treat.Then came Mustapha, That was my first taste of their diversity, this foreign language. but what confused me was just about everyone knew that language. again, I didn't know the song and had no idea what it meant but it was cool. I think Freddie took his jacket off around Play the Game or Mustapha not sure, to be real honest I was amazed by the guitar player, Brian made everything seem so easy. I can tell you that pretty much the whole night was a sensory overload and that I could not take in everything. The Get Down, Make Love section that was lights, smoke, Freddie and Brian was too much, If you never saw Queen live when they performed this then you truly missed a WONDERFUL experience, Video does NOT do this song justice, Freddie really sets the mood when he starts his vocal teasing. Aside from Another One Bites The Dust the only song I could NOT get out of my head was oddly enough another John Deacon gem, You're My Best Friend had a beat that just could not be dismissed. Then the moment I found to be the most humorous, Freddie asking us if we liked his new moustache, He informed us that he grew it just for US, then he said, You Fuckers will believe anything. When I saw a book some years later By Judith Davis mention the same scene I wondered if he said that at all the shows or just ours, after listening to various bootlegs I could not find any other one that mentioned that. Now You remember I mentioned that I was just 14 right. When Freddie announced Fat Bottomed Girls he dedicated it to all the ladies with huge tits, for a 14 year old boy that was WAY COOL, in fact there were a couple of women near us that actually flashed him, I wonder did he even notice. During Love Of My Life Freddie stopped the show because we were too loud he could not hear Brian, The rest of the night was a blur aside from Brians nifty guitar work on his solo. That moment right there convinced me that I wanted to be a guitar player. I remember yelling a lot ANOTHER ONE BITES THE DUST!!!!.. I was very very close, I KNEW Freddie could hear me, well I got my wish, he came out after a brief break and I was just in heaven, I heard MY song, now I could go home happy, but wait, Queen and Freddie had another surprise in store for me, I am a Star Wars Geek, and when he came out on Darth Vaders shoulders I was just freaking out, I ACTUALLY thought it was the same guy that played Darth Vader. of course I had no idea what that song was, funny how songs work into your subconscoius, a few days later I was just drumming the beat to We Will Rock You, NOT knowing what it was. Anyway, the last song was odd, I THOUGHT COOL they are playing My Country Tis of Thee.. Well, I know now that is was NOT that song... hehe.

I left the concert just amazed, my ears ringing, just going on and on about what just happened. My uncle told me to calm down, there was no way my mom could know we saw a concert he would be in trouble, so he kept drilling me about the "Movie" we saw, the next morning the first words I said to mom were "Mom I saw QUEEN!" she was furious, but the damage was done, the next few weeks I bought every Queen album I could, I even stole money from my paper route just to by the next LP, and when I found Live Killers, it was so close to what I saw, BUT, there were differences. The date was September 20th, 1980 when my life changed forever. I would be completely OBSESSED with Queen, I would do anything I could to get their latest LP. Thank you for reading this and I hope you found it as enjoyable as I did writing it as I actually started to remember things that had been locked away. I found out that John had nearly brought down the cymbles nearest to him, Crystal had to dive out to catch them, I had the pleasure of chatting with Crystal Taylor (Roger's drum roadie and no relation by the way) and asked him if he remembered that and to my surprise he said that John did that often, but he DID remember our show because of Freddie stopping the show during Love Of My Life.