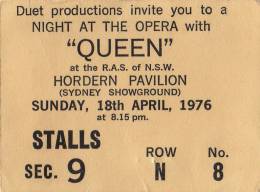 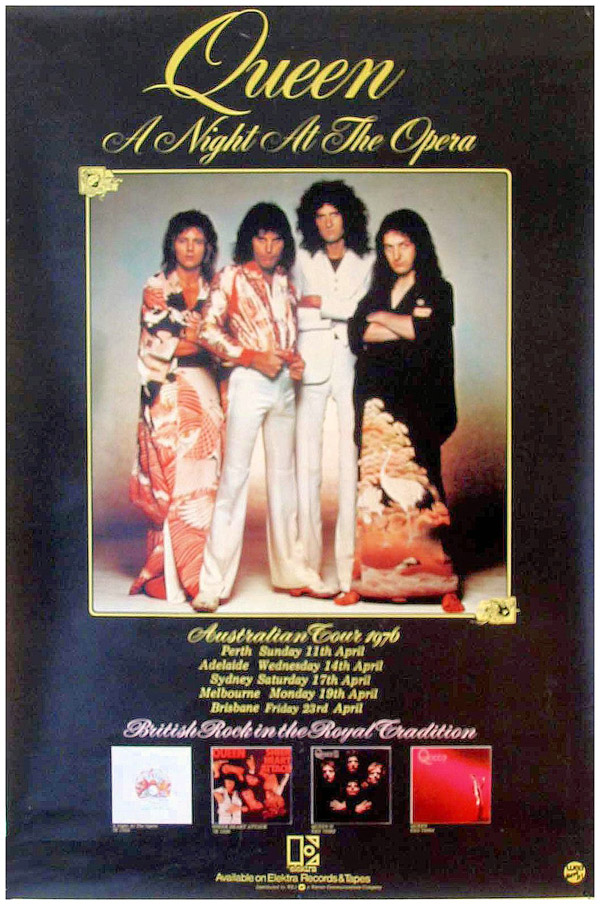 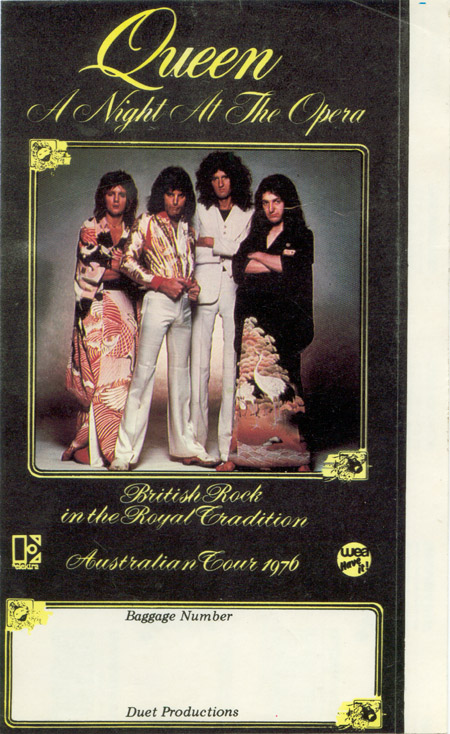 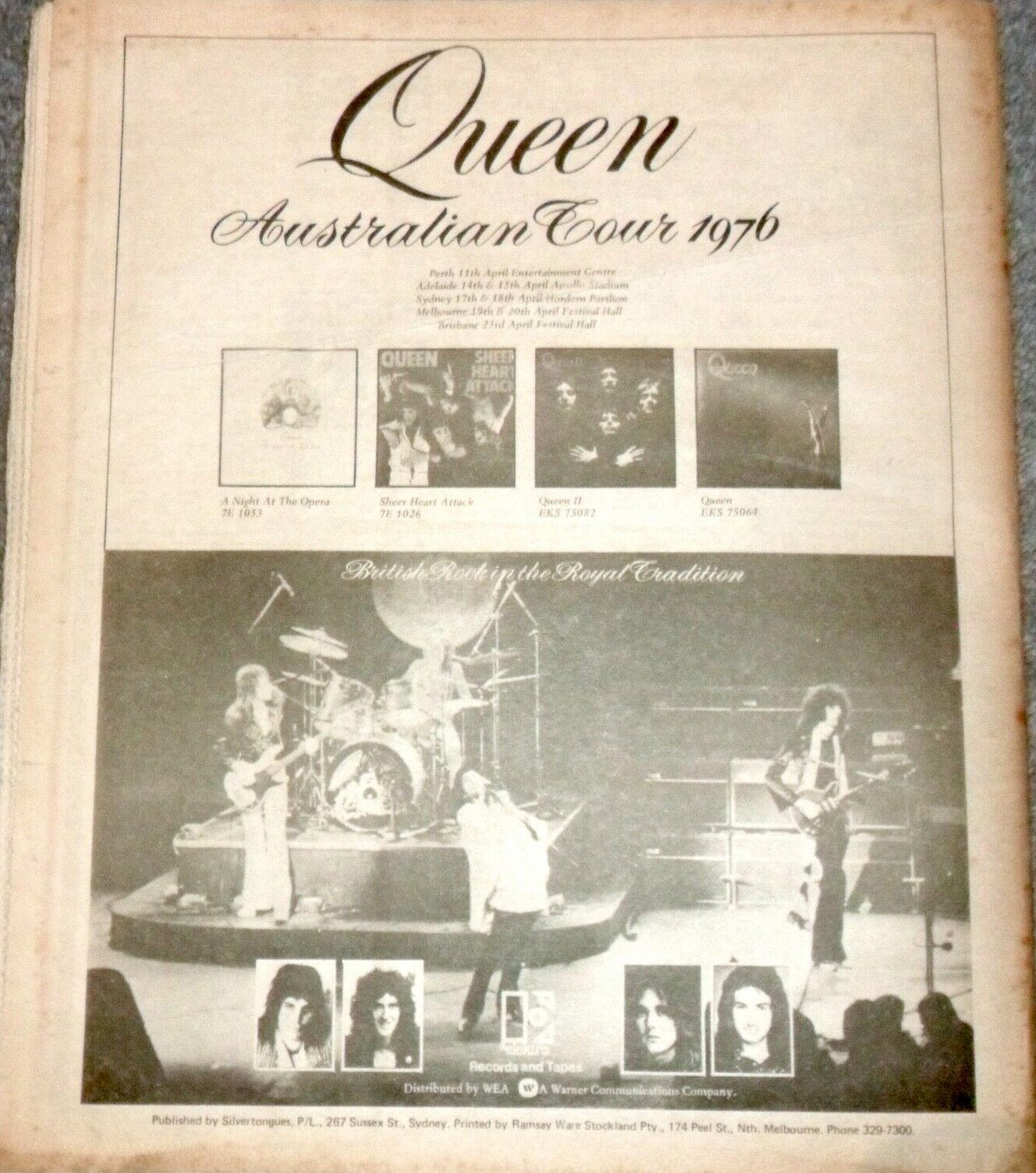 I purchased tickets for my friend and I to see Queen in Sydney in April 1976. The tickets were actually entitled 'Queen invites you to a night at the opera', which was the title of their album at that time, containing, of course, Bohemian Rhapsody. Arriving at the Hordern Pavilion, I saw that many people had dressed in tuxedos, bow ties, etc, which added some colour to the night. After the supporting band had finished its set, the stage, and the entire arena, was plunged into darkness. Then, a single strobe light began flickering. The 'operatic' section of Bohemian Rhapsody began playing, and the band members began moving on to the stage, and collecting their instruments. It was like watching a series of photographs being taken, and you only had fleeting images of them as they took up their positions on the stage. The song reached 'for me, for me, for meeeeee', and Queen launched into the rocking final section of the song. As they did, every light in the house burst on, and half a dozen flashpots positioned across the stage went off, creating this multi-coloured smoke haze as Freddie caressed the microphone stand, belting out those words 'so you think you could stone me and spit in my eye...' It was a total assault on your senses, the light, the colour, the sound was almost hypnotising. I sat there for two hours, absolutely enthralled by the show. There were drum solos, guitar solos, even a bass solo. One minute, the stage would be relatively quiet, the next it would erupt in colour and huge guitar riffs. I heard many Queen songs I'd never heard before. Like most people, I'd only heard Bohemian Rhapsody before that night. I was amazed by The Prophet's Song, hearing the sounds repeating out of one side of the stadium, then the other, then both, and Freddie's voice reaching a crescendo of overlaying sounds, as if there were thirty Freddies up on stage. I've been to other concerts, but nothing comes close to what I experienced that night.