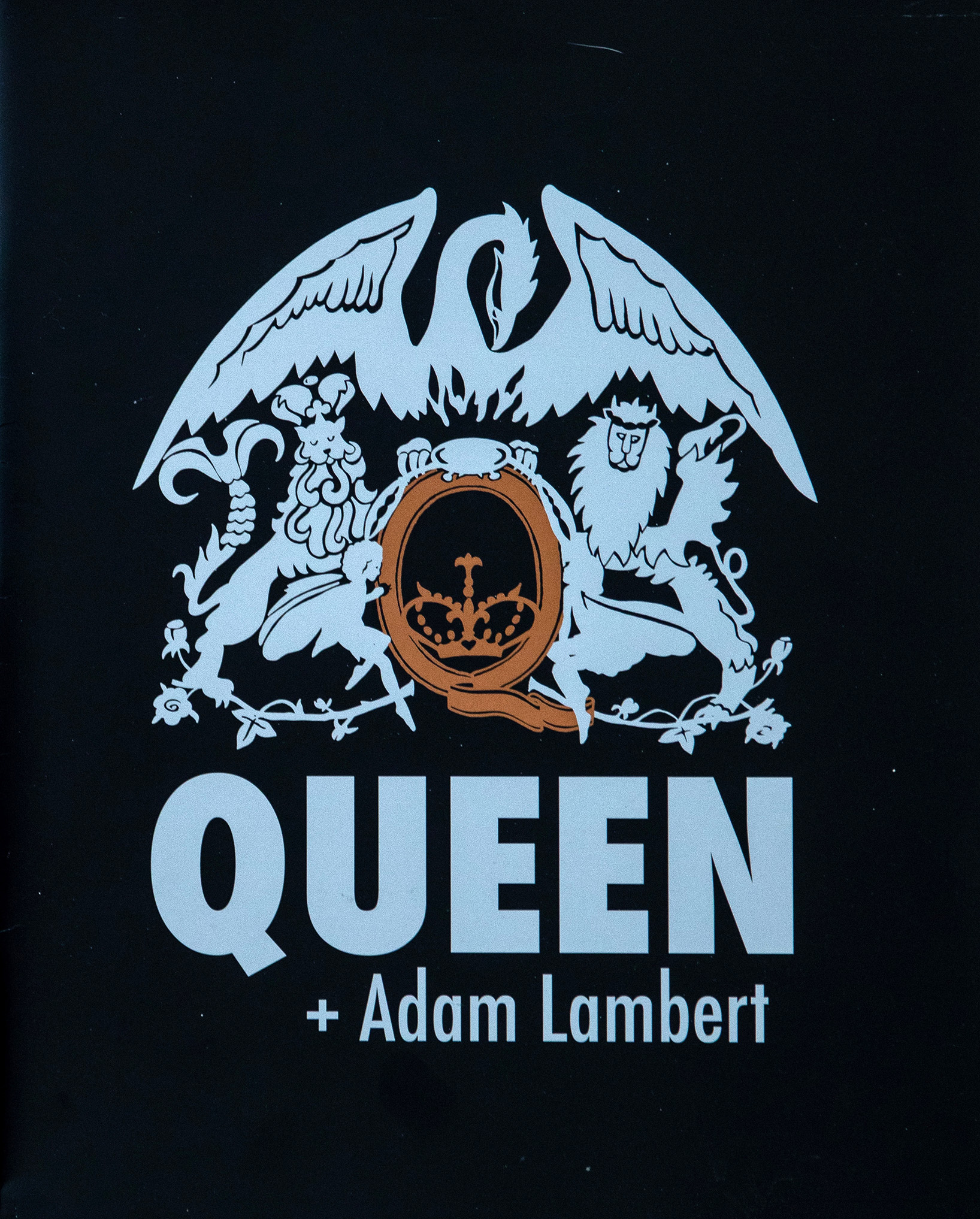 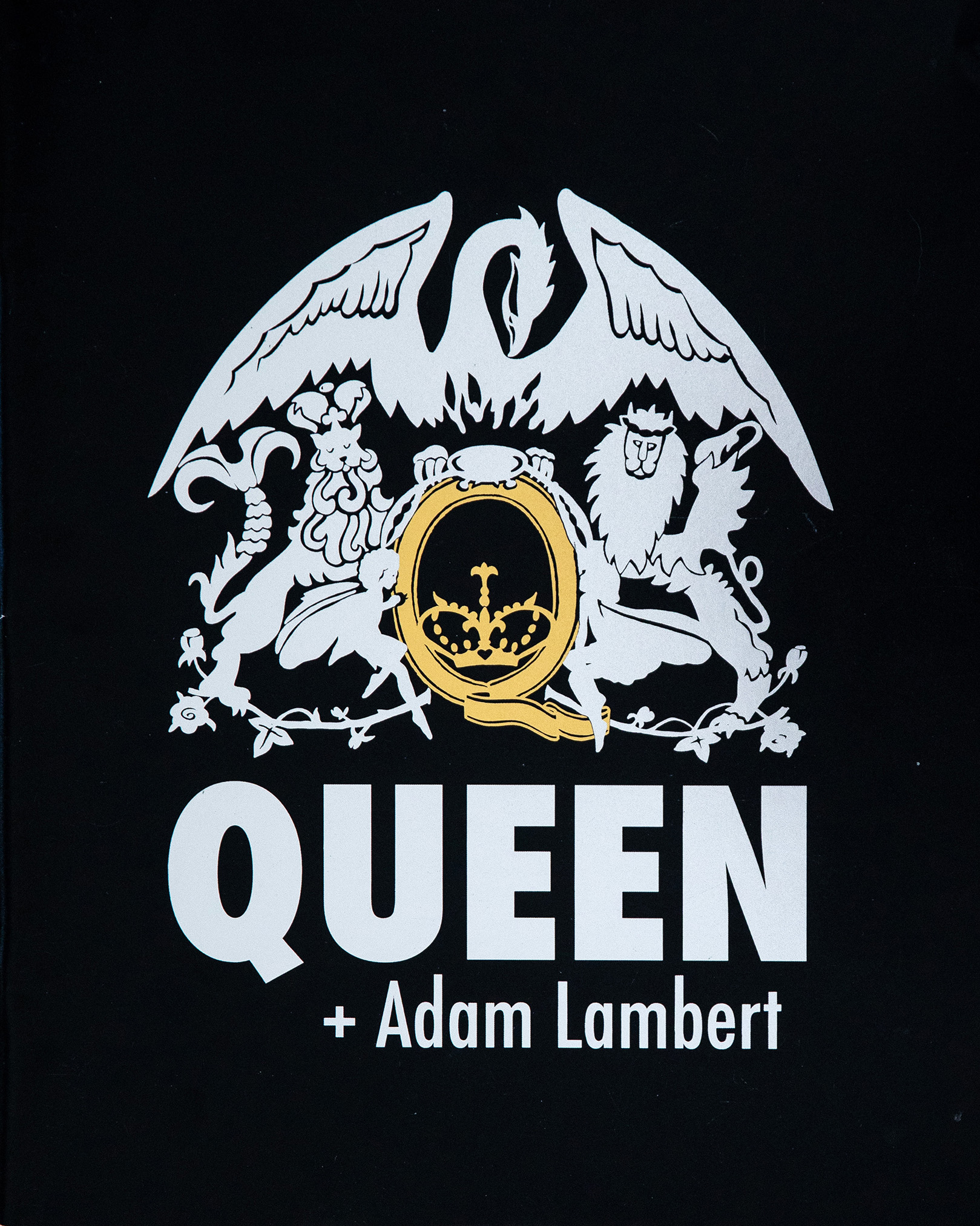 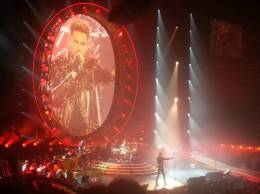 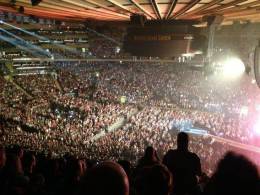 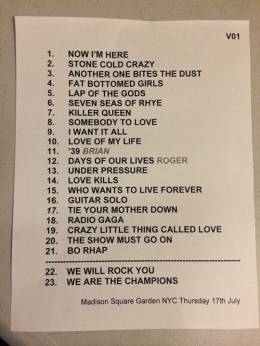 So in 2010 at the age of 14, I fell head over heels in love with Queen and there was no turning back from there. I basically accepted from the first day that I would never get to see them live. No Freddie, no John, no Queen tour in sight.

Well 4 years later when the American Queen+Adam Lambert tour rumors were going around, I didn't think it would actually happen. UNTIL I got a text on the bus ride home from school that they really were going to be touring, and I kind of blew it off like "yeah, sure they will." So when I got home I opened my laptop not expecting anything, and there it was...

An email- "Queen and Adam Lambert North American tour dates!" I almost fell out of my chair. I mean of course there's controversy about Adam, and I wasn't an especially big fan of his, but he is very talented and the point was that I would be seeing my favorite guitarist and favorite drummer from my favorite band live. They had changed my whole life and I had watched them religiously on the countless tapes I had collected. How could I NOT see them?

So long story short, being the major Queenie I am, I couldn't just go to one concert. This might be my only chance, right?

First I spent $650 on floor seats at Madison Square Garden (7/17/14)- it's my hometown, and a special place for Brian and Roger, so I HAD to go to the garden. I wore my harlequin leggings and my News of the World shirt to the show, and it felt so surreal actually being in a stadium full of Queen fans. I wound up 14 rows from the stage and I barely even remember anything, besides waiting what felt like centuries for that curtain to drop. It was their first time at the Garden in 32 years and it was really emotional, Brian cried twice- once when Freddie sang on the screen and once when we wouldn't stop cheering for him. It was just an incredible experience that I'll never forget. I still have some of the yellow tissue paper confetti that fell from the sky at the end. :)

The second concert that I attended was at the Mohegan Sun Arena, a few hours away and I stayed in a hotel there. The show was on Brian's 67th birthday, so it was extra special and I was really excited. I wore another Freddie costume- the Flash T shirt with a red wristband and leather shorts. I didn't really care how ridiculous I may have looked because I was too excited to think about it. Here I was up in higher seats, but it was actually nice to be able to watch from afar and see the great light show and all of the effects. Since the arena was part of a casino-type place, there was this great music store outside the entrance that was playing Wembley 1986 on all of the TV screens. The atmosphere was just amazing and the show gave me such a Queen high that I actually purchased a second copy of Wembley Stadium on DVD so I would be able to watch it on the car ride home. Totally worth it. :)

So after going home from that show, I thought that would be the last time I'd ever see Queen. But there was still one last hope of seeing them on this tour. Not too long after I purchased the other tickets, more dates were added to the tour- including a show at the Izod Center- which tickets were given out for on the radio. It was March 14th when I called in hopes to win the tickets, but unfortunately there was no way of knowing if I got them until the day of the show...

So July 23rd, the day of the Izod show came around, and I was actually at work when I got called into the office and told I had a phone call. It was my mom saying we got the tickets! My boss was nice enough to let me leave work early and it gave me just enough time to change into my Queen attire and prepare myself for yet ANOTHER amazing night. I felt so lucky and happy to be going, I was just in shock. The seats were pretty good and I allowed myself to take more pictures and videos that time- since during the first two shows I wanted to just live in the moment and enjoy it. As the show opened up, the Queen curtain actually got stuck for a minute, but the mishap was fixed and the rest of the show went great. I'll never forget watching them walk off stage for that final time and seeing the last of Brian's hair disappear. And while the ride home was pretty sad, knowing that the countdowns I had made and all of the excitement I had been feeling for the past 5 months was over- I couldn't have felt any luckier to have been able to see the most legendary live band of all time in 2014. I never thought that would have been possible, so I still am just so grateful that I got to go:)

Now if you're wondering what 3 Queen concerts in one week can do to a person who gets excited and squeals over even a recorded Queen DVD... it can do a lot. Because I was so incredibly excited, I could barely even bring myself to eat on the days of the concerts. I had permanent butterflies in my stomach and wasn't sleeping well either. A day or two after the final concert I guess it all caught up to me and I actually wound up getting sick. So for anyone out there who's lucky enough to be seeing Queen 3 times in a week, I'd recommend trying your best to eat and stay healthy!

But my health aside, those three concerts were the three best days of my life. Watching Roger and Rufus have a drum battle, watching Spike Edney play keyboards and watching Brian's guitar solo in real life, it made everything worth it. The money, the illness, the travel. If you guys ever get the chance to see Queen live- regardless of who is singing with them- I'd take that chance. You won't regret it.