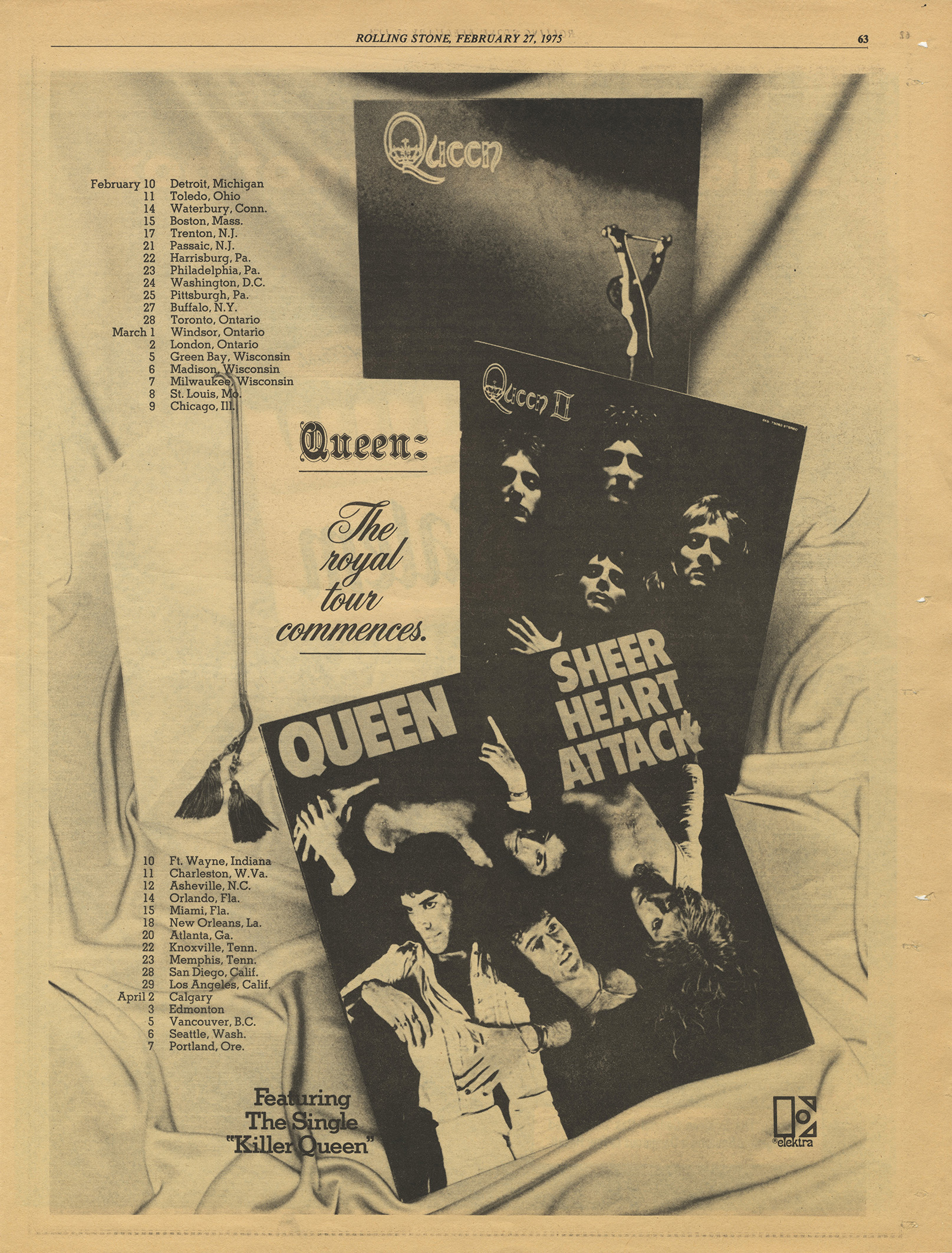 After the smoke cleared and the lights flickered back on inside the Kinsmen Field House, 5,000 rock fans stood around slightly dazed. "And it was for more reason than just to let the effects of the wine they managed to sneak past door guards wear off before heading back out into the cold," wrote Journal critic Joe Sornberger.

"They were trying to figure out exactly what happened during the 90 minutes that had just passed.

"What had happened was Queen, an English glitter rock band who performed one of the most dynamic rock shows here in a long time."

Usually at Field House rock shows, the audience is restless, he observed. "People get up and wander around, talk to each other, go to the refreshment stand." But from the moment Queen appeared on stage, nobody moved except to stand up and cheer.

"He struts, dances, strikes poses, flails his trademark — a microphone connected to sawed-off chrome piping — about him. He also sings awfully well, in a voice that can scream, wail, soar, whisper or shout.

"Mercury, who wants to become a rock music legend and well might, is one fine rock and roll singer. A sort of dandified Elvis."

It was the five-year-old band’s first world tour and featured the music from three successful albums, including Bohemian Rhapsody, Killer Queen and You’re My Best Friend.

Mercury wrote many of the band’s biggest hits.

Besides Mercury’s theatrics, Sornberger lauded the guitar work of Brian May, who did a 10-minute solo using an echo machine.

The band Kansas opened the show and "did far more than just fill up the time space before Queen appeared, performing an hour of fine classical rock music."