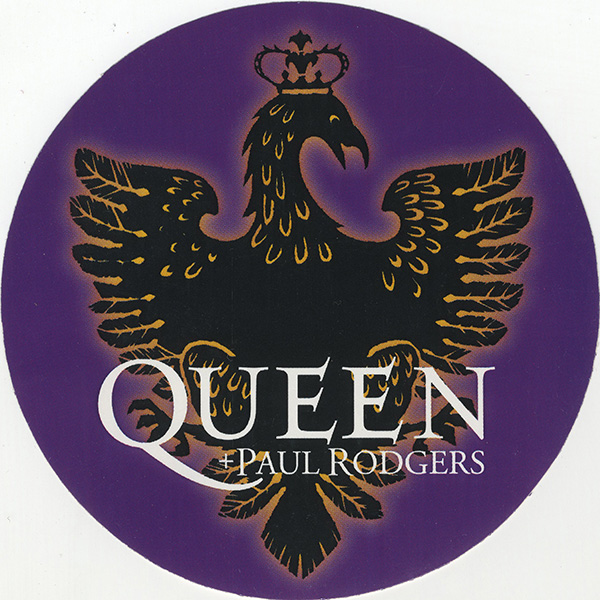 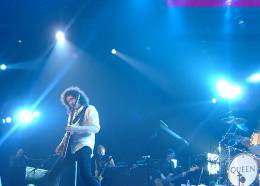 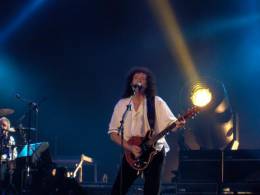 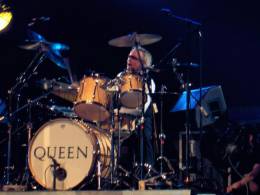 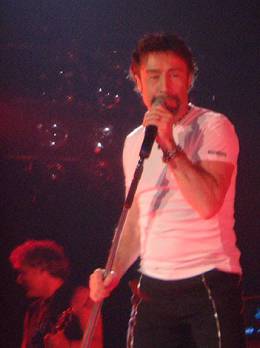 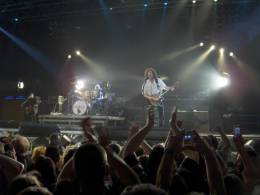 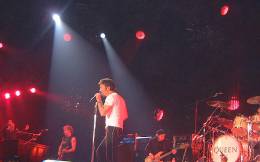 Been a fan since 91, and never thought I'd be seeing Queen in any form live. Funny thing is, only a couple of months prior to the UK Hall Of Fame thing which lead to the new tour, I got into Bad Company, Free and generally Paul Rodgers... and I thought: why haven't they (Bri & Rog) teamed up with this guy?

Well, the tour became a reality and I knew I was gonna see them, no matter what and where. Being from Norway I figured I'd go to England and catch at least one gig. I ended up doing Birmingham and Sheffield. I got my Cardiff ticket the day they went on sale but I didn't manage to get a Birmingham ticket, as they sold out quicker I believe... but I found a guy who was selling a ticket at face value so I was extremely happy with that. Me and my mate travelled to Birmingham and got to the venue, where we even met Jeff Scott Soto.

A great feeling when Paul walked on stage and sang Reachin' Out and when Brian came on, I was happy to be alive. TYMD sounded amazing, as did the following tracks. The middle bit was great too, even though I was hoping to hear more from Paul but it was cool to hear Roger do the bridge in Hammer! Another treat was the first perfomance of Bites The Dust! Back for the last part of the concert, Paul did a great job and the band was tight as hell! A really cool version of under pressure with both Brian & Rog doing the vocals...

After the end of the gig I couldn't really believe what I'd just seen, but there you go, 14 yrs of waiting can do that to you, not to mention a superb gig, better than I hoped it would be!!!

Next day was Cardiff - which I think was BETTER

What a brilliant show at Birmingham this year the band was in really top form and It is really cool to see Queen back on tour and with someone as good as Paul Rodgers but it is really a shame that he was suffering with throat problems so Brian and Roger had to sing for most of it. What a brilliant set list (even better with the debut of Another One Bites The Dust) but it was a shame that they didn't do One Vision (one of my favourite Queen songs) but what a fantastic night. I can't wait for the DVD and to see them again at Hyde Park (if the bank balance recovers).