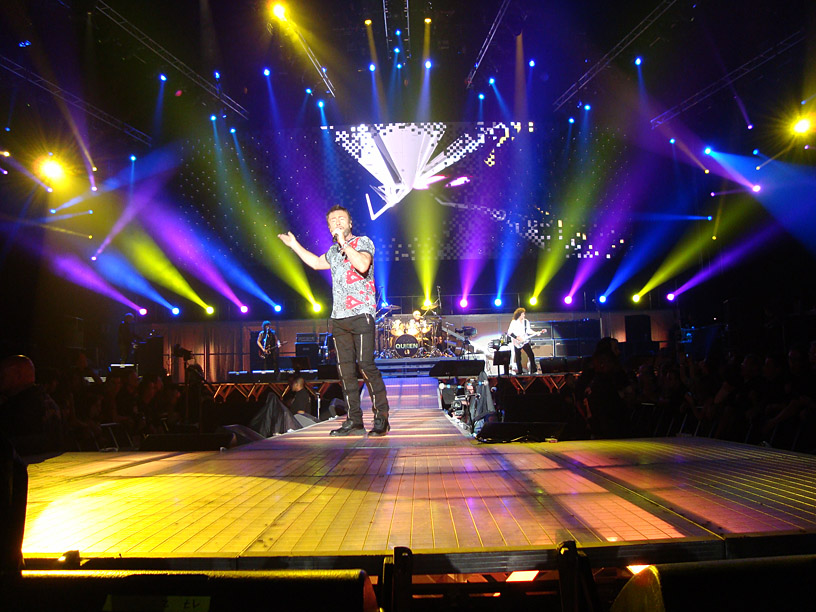 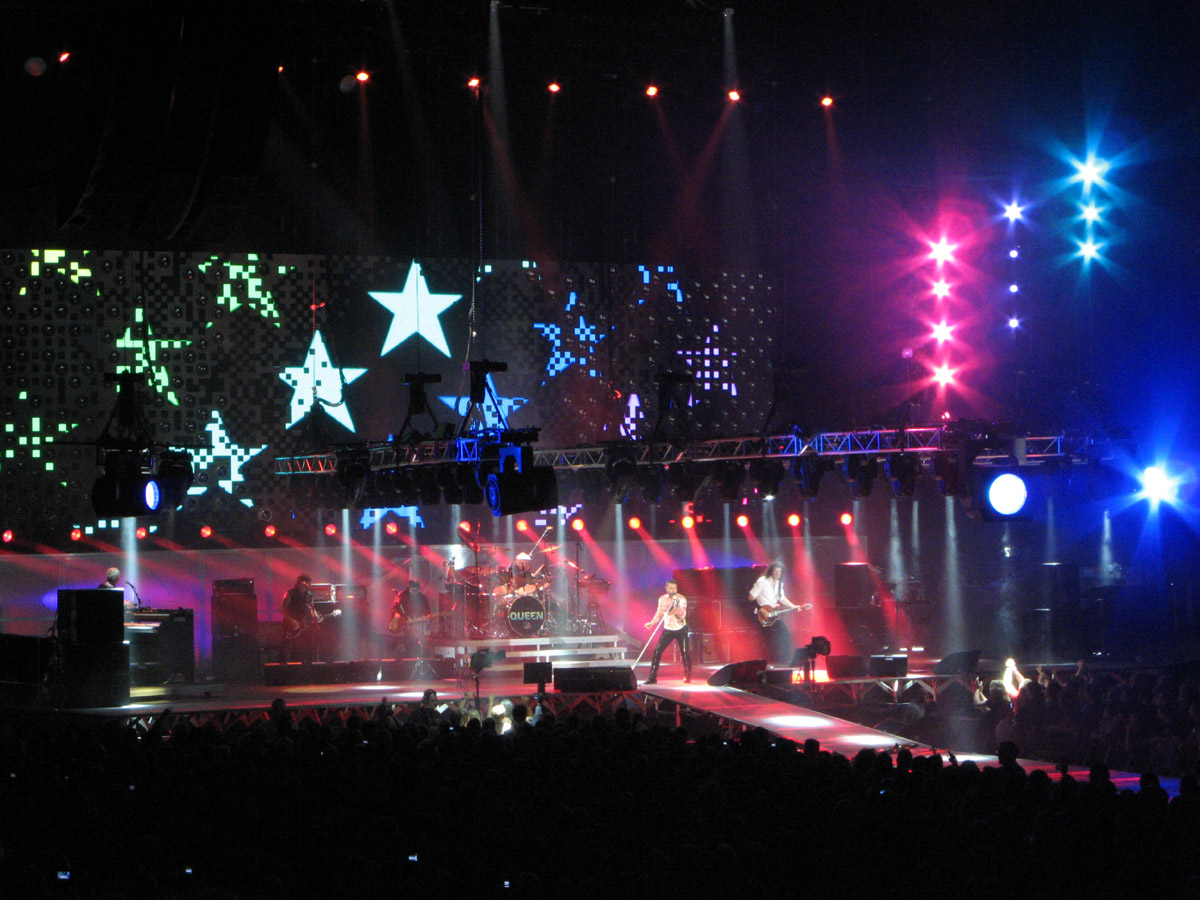 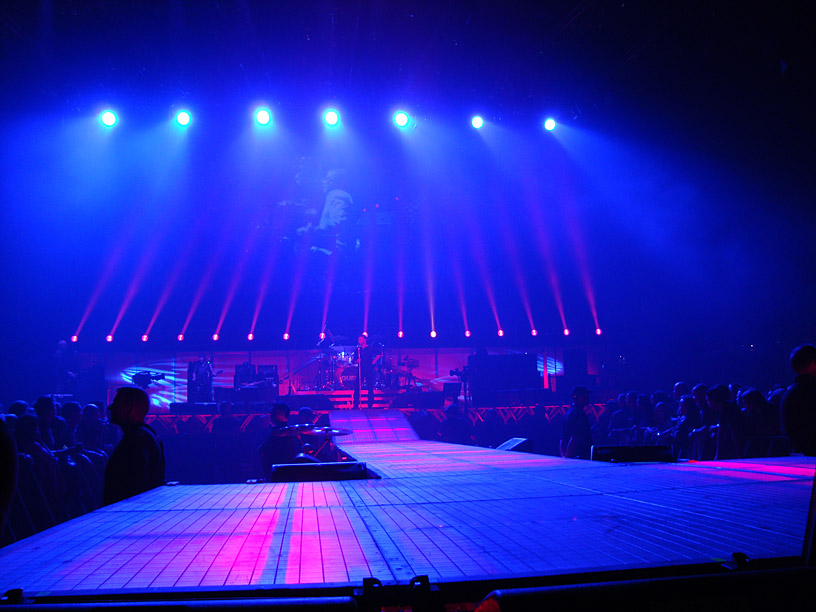 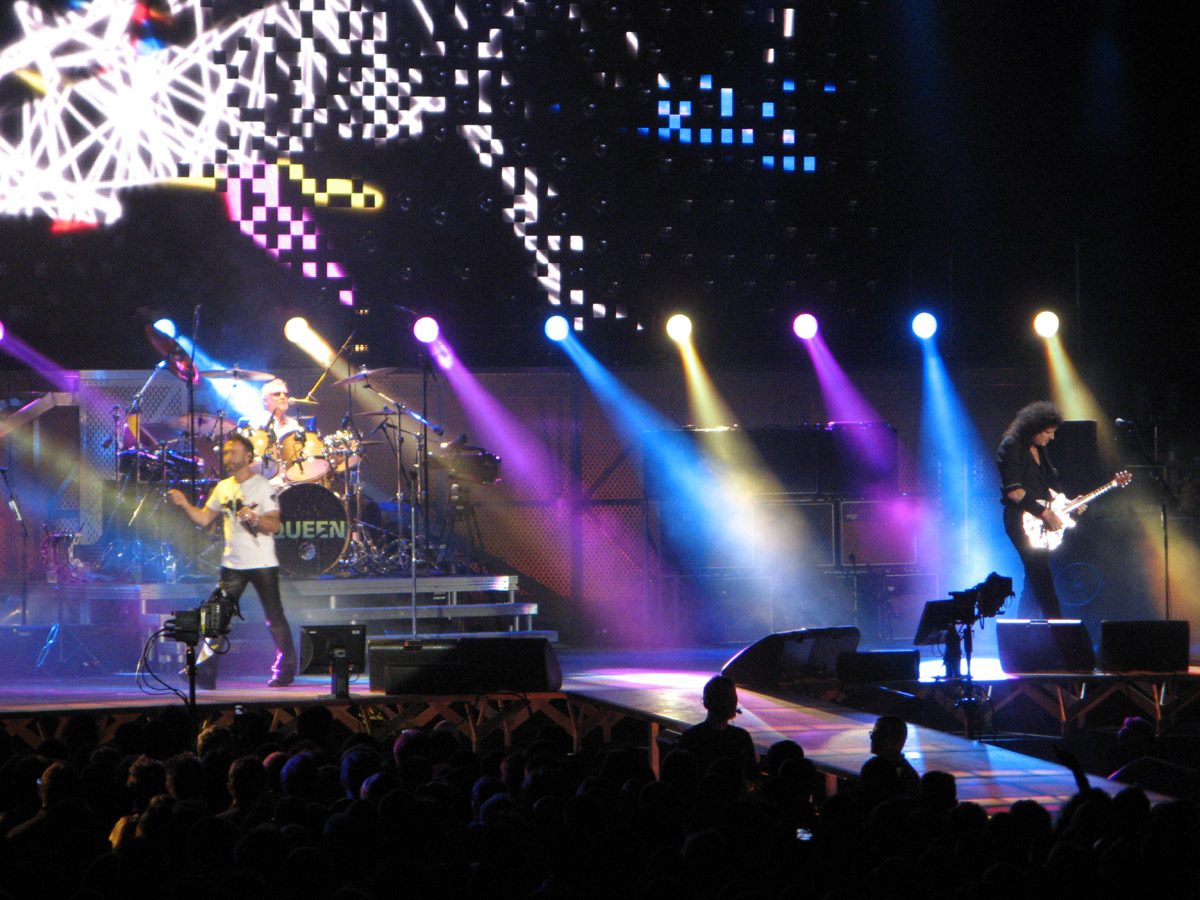 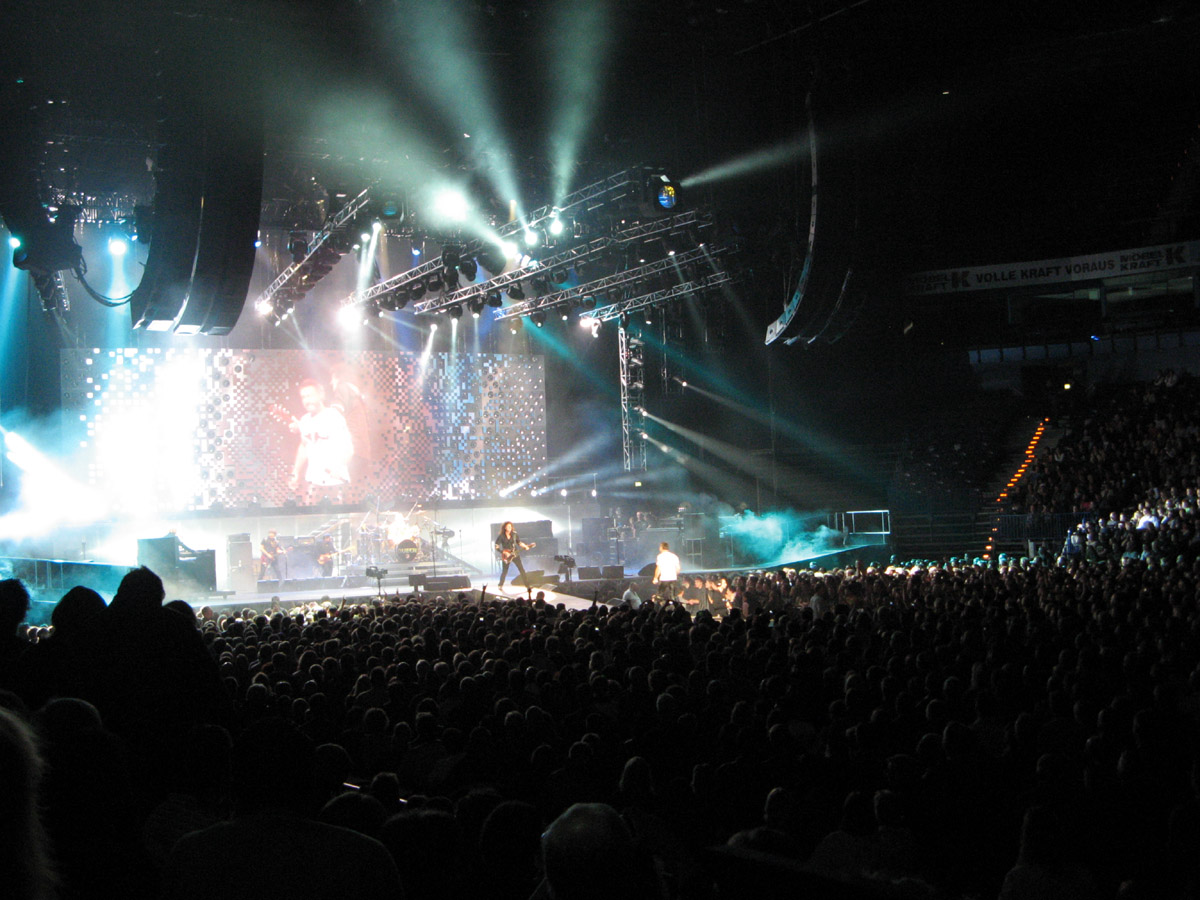 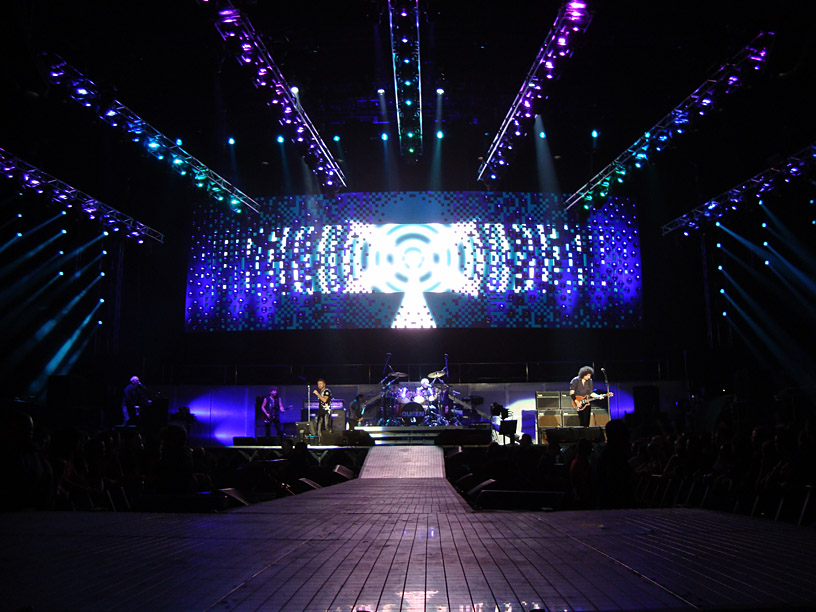 The article was written by Daniel Lammerding - this is his website.

The lighting design includes seven "finger" trusses. That means that the truss will "fly" vertically above the stage (it looks like a finger). Every truss has 9 Coemar Washlights (Coemar Infinity Wash) and a Synchrolite Fixture (1x 10.000 Watt in center, 5.000 Watt on the other truss). Also on the truss were Martin Atomic Strobos and a Varilite 3000 Spot focused on the band. Behind the "finger" was a truss with 7x 5Kw Synchrolite, 10x Martin Mac 2000 Washlights and 8x Martin Atomic Strobos. All truss were moving with help of motors, just like on the 2005 tour. Another truss was above the screen, hung with 4x 2 Kw Followspots. On the stage were 6x Martin Mac 2000 Performance and 6x Space Flower (Searchlights).

The stage was transparent (just like in 2005) and lit with LED Stripes (Thomas Pixelline).