These four concerts were done in the middle of the A Day at the Races recordings (in fact, between the concerts in Edinburgh and Cardiff the band returned to London for some studio sessions) but they had a unique assortment of instruments, so it's worth placing them on a separate section. By this time John had already stripped off the paint from his 1968 bass as well, so they were both natural. From then on, and with only some exceptions, the 1968 bass would be his main.

At the end of the concert in Cardiff, Roger destroyed his kit (which was brand new), but he had a new one by the time they played Hyde Park - he'd signed a dealership with Ludwig so they sent him an endless supply of items from Chicago. As part of that dealership, Roger stopped using Meazzi toms and Shaftesbury stands.

This was the first tour including an acoustic set. 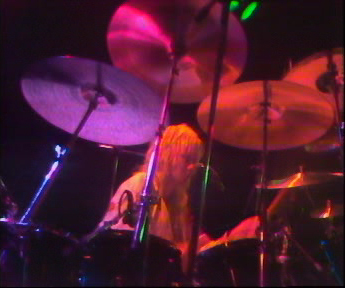 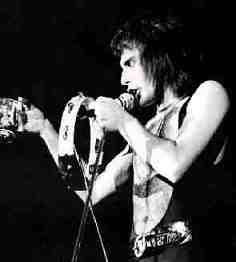 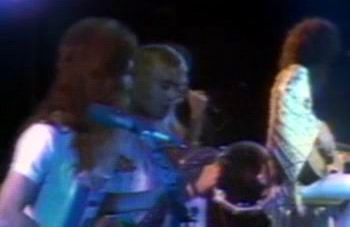 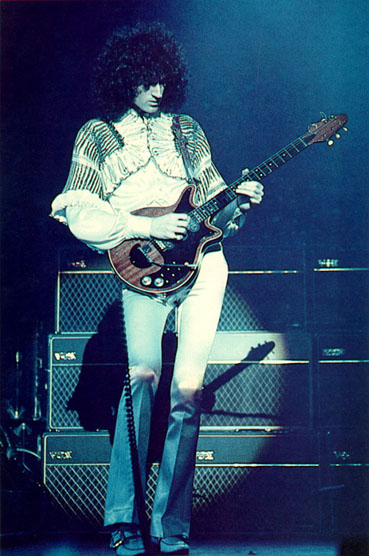 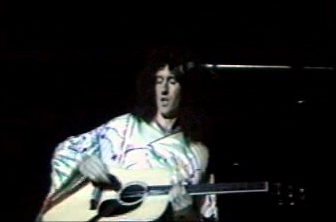 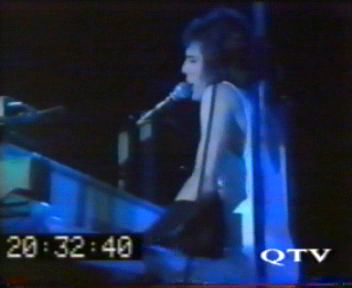