It's a sad fact that 95% of Queen autographs on ebay are fake. What's worse is that even some people who call themselves Queen fans or are administrators of Queen Facebook groups have also started selling fakes. Be very careful. I won't write surnames for legal reasons but a few weeks ago we've come across an "alliance" consisting of Queen "fans" Riccardo (known on ebay as riccardo4209), Rick, Bas and Hans-Peter (+ their fake FB aliases) who are authenticating each other's fake autographs - even adding made-up stories how they had obtained them personally at parties and gigs. What a sad discovery that forgers are even among us - Queen fans and collectors...

There are ways how to perfectly recognize genuine items from even very good fakes - there's a Facebook group with the world's top Queen collectors and experts. They will be happy to give you an advice.

The 2020 tour has been postponed to 2021 due to the worldwide outbreak of the chinese Covid-19 virus. Original tickets will remain valid. 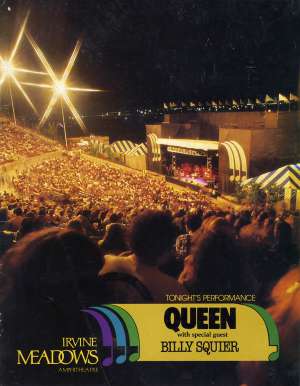