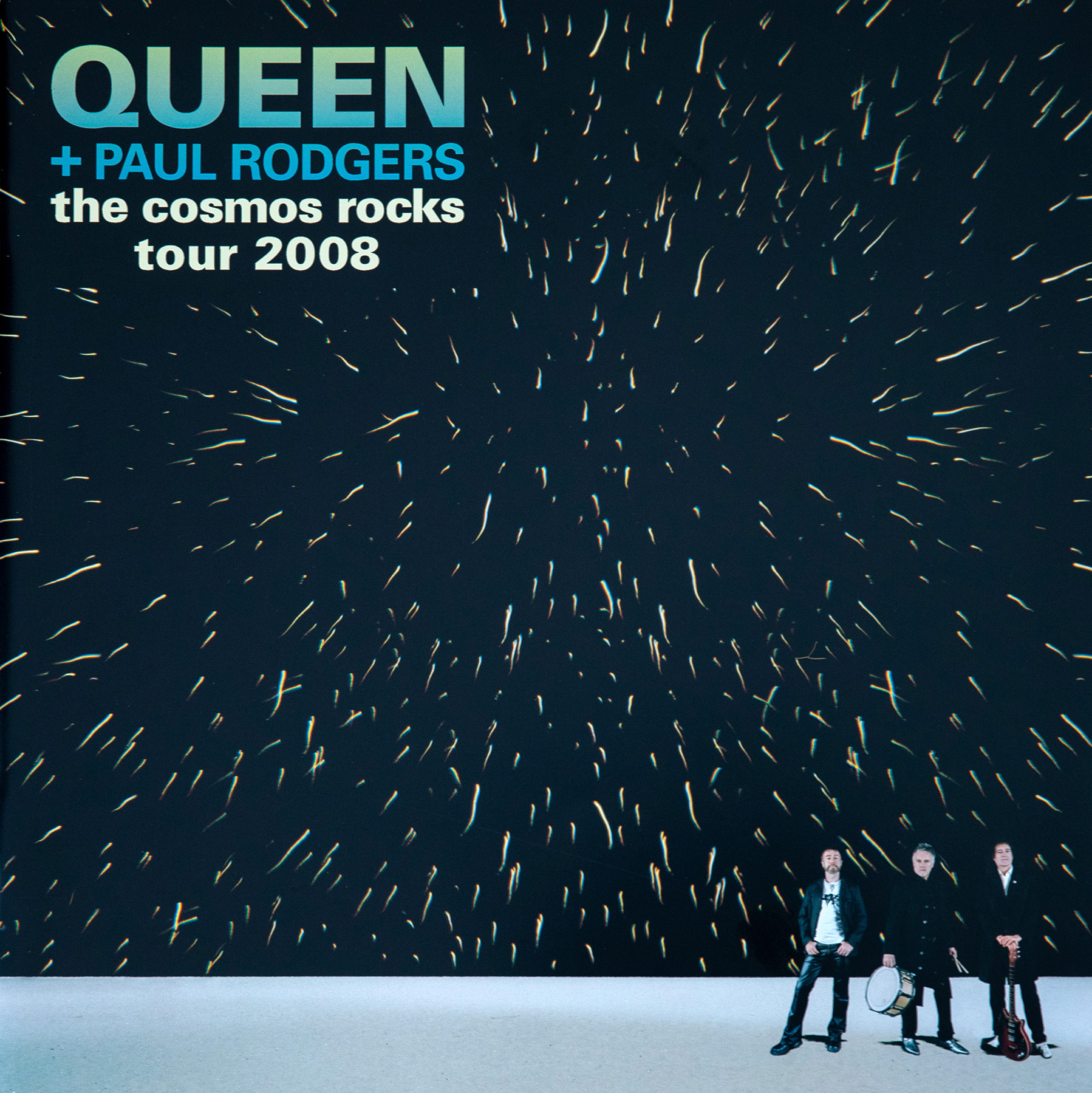 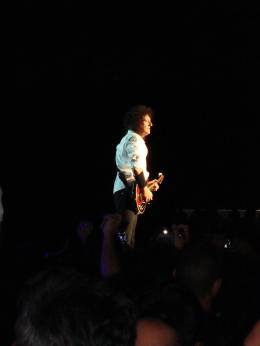 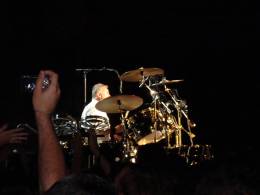 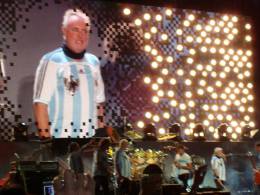 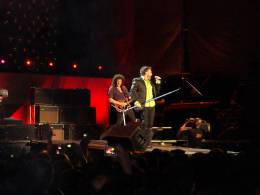 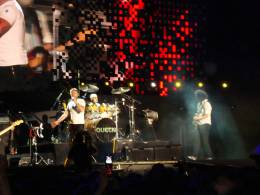 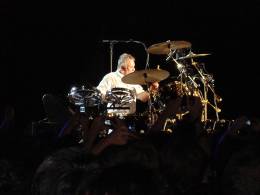 On 20.11., Queen were supposed to arrive here arround 19:00, they would stay in Four Seasons Hotel, but before going there they'd do a press conference in the Hyatt Hotel.

Well, finally, at that time, they arrived in 4 vans, one with each principal member and then the 3 extra musicians in a 4th van. They entered the hotel and the press conference started.

It was like 1hr long so we went to the Four Seasons hotel and stayed inside to catch them. At 21:30 they haven't arrived yet, so I decided to go alone to the Hyatt Hotel again to see what's going on because it was impossible to get in. It was 2 blocks away so I started walking to the hotel and when I saw the main door, it was without any security guards, so I went in. I started walking around and there were some security dudes, I wasn't scared because it's usual for me to be in places were I'm not allowed to be, haha. So I went into the bar and asked the waitress for a coffee. While I was waiting there, I saw their manager going through another floor of the bar (sorry I didn't explain that, the bar was in a giant garden, with 3 terraces, he was in the 2nd terrace), he came through the stairs and I talked to him and he said that he didn't have time to talk, so I keep drinking the coffee. I went to the bathroom after that, and I saw him coming to me like for talking and he said "No, no, no", I was like "WTF? I'm just going to the bathroom" and I look behind his back and there was the glorious Roger Taylor, I greeted him and he shook my hand. I was so happy though, after that, I went to the bathroom, and one more time, to the 3rd terrace.

I was drinking water now, and I saw a girl with curly hair coming out from the door and behind her was the biggest, the best, the magnificent Brian May. I stood up, shook his hand, said "Thanks for returning, shall we take a picture, Brian?" and he said that it was a private place, so I couldn't. I started crying in front of him, just because of the emotion of that moment, he hugged me and said that he was sorry... I just simply told him "I love you man", he told me Thanks, bye and he was gone.

I finished the water, greeted all of them (Paul Rodgers, Brian, Roger, Spike, Danny and Jamie) and went outside the hotel... There were 160 fans more or less, and I was the luckiest one, the 1st one to meet them, I was so proud of myself, the first time in my short life, lol.

21.11. D-day, the concert was at 21:30, and I had to go to the stadium really early cause there would be a giant row of people for going into the show but I also had to go to school because I had a final test, so I went to the School, passed the exam and after that went to the Velez Sarfield Stadium.

There were only 60 persons waiting in my door, I had VIP tickets for standing place. They were the best tickets, you could go to the front of the stage if you arrived early, so I did that and i went to the front row (see the pic of the journal).

At 22:00 the show started,with Cosmos Rockin' Intro. They played great hits like Crazy Little Thing Called Love, I Want To Break Free, The Show Must Go On, Love Of My Life and more. I also got the Brian's May coin, it was the one which he played the whole night with.

I cried the whole show, it was so emotive for me to watch my first Queen concert after 17th anniversary of Freddie's death and 27th years after the 1st show in Argentina. The audience was around 47.000 people, I was in the front row, I was hurt after it. I arrived to my home on 22/11 at 06:00 AM.

22.11. - meeting day. I went to the hotel and I met Roger Taylor in a park nearby, I took a picture with him and he also autographed me some vinyl discs. After that I returned to the hotel and waited for the others, and a van driver told me that they would go to a restaurant near the Riverside so I asked him about the name and we assisted there. We saw the whole band going into it but we couldn't go also because it was a private party, so we were about to wait till they went out. At 23:00 PM I decided to go back home. Around 03:30 AM I received a message from my friend saying that the band spent $6000 for food and drinks and they went out and took pics and gave autographs, I was so furious because I didn't wait...

23.11. - another waiting outside. I was arriving to the hotel and my friend called me telling that Brian was outside the hotel so I took a cab and I went as fast as I could where he told me. I saw him and he signed my vinyl. A few hours after that we saw Danny Miranda, Spike Edney and Jamie Moses outside the hotel when I was going to my house and we went together to the bus stop.